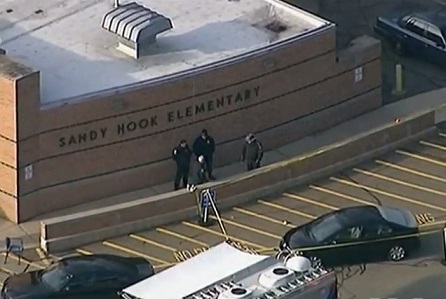 Within each tragedy are many unsteady souls that seek explanations and a sense of understanding, even those who are not directly affected with such events sometimes need closure and a feeling of purpose related to the event.

Normally, in the 20th and 21st centuries, lawsuit(s) of various forms are a very normal occurrence. Some are very understandable and some can be kind of puzzling. Conspiracy theorists have included the Sandy Hook massacre as one these purposes. In December of 2012 twenty children and 6 adults were killed at Sandy Hook Elementary school where a mass shooting was committed.

Documentary filmmaker William Shanley has tried suing varies media outlets for the coverage on the Sandy Hook mass shooting. The complaint was dismissed back in January 2015; the court ruling found “that an action is frivolous or malicious” or otherwise “fails to state a claim on which relief may be granted.” It also stated “Plaintiff in this action has filled an in forma pauperis complaint alleging that defendants including the New York Times, the Hartford Courant, and other media persons have conspired to publish a photograph of children exiting Sandy Hook Elementary with a caption falsely indicating that the photograph was taken on the morning of the tragic shooting there in December 2012.” Federal criminal laws intended to be invoked and enforced by federal prosecutors, and they do not ordinarily give rise to a private right of action by members of the public.

As the Supreme Court has noted “a private citizen lacks a judicially cognizable interest in the prosecution or non-prosecution of another.” Plaintiff has not plausibly alleged any injury from the publication-of-a-misleading-caption conduct about which he complains, plaintiff’s claims are frivolous and furnish no plausible or conceivable grounds for relief.”

This still hasn’t completely stopped the conspiracy theorist. One of the many claims is that one of the victims, Noah Pozner age 6, was in a photograph as one of the victims of the Peshawar, (Pakistan) school shooting in December 2014 where 145 people were killed. Among the victims were 132 children. The website snopes.com quickly went to investigating and simply found out “on the day of the Peshawar incident a Pakistani woman created a collage of photographs of young people killed in school shootings and posted it to Facebook with the caption: “They Went to School and Never Came Back,”. Because the Peshawar shooting occurred very close to the Anniversary of the Sandy Hook massacre, she included a picture of a child from the latter event, of Noah Pozner, along with pictures of Peshawar victims. Thus, that collage was printed out and cut up into the individual photographs displayed by mourners at a vigil for the Peshawar victims.”

Very tragic events affect our mental state of mind, and because we all different and have very different levels of the way we process information people conclude a wide range of annotations, within a metaphysical quantum variance. This system or systems are vital to displaying compassion and empathy. The world we live in we are constantly reminded that some are absent from this state of mind, and history binds us together in order to grasp the truth in these explanation(s).

In explaining the events of the holocaust, poet Primo Levi wrote “The Truce” when Russian soldiers first arrived at the Auschwitz concentration camp during World War 2 in January 1945. “They did not greet us nor did they smile; they seemed oppressed not only by a confused restraint, which sealed their lips and bound their eyes to the funereal scene. It was that shame we knew so well, the shame that drowned us after the selections, and every time we had to watch, or submit to, some outrage: the shame the Germans did not know, that the just man experiences at another man’s crime; the feeling of guilt that such a crime should exist, that it should have been introduced irrevocably into the world of things that exist, and that his will for good should have proved too weak or null, and should have availed in defense.”

In conclusion, before you leave the presents of someone you love, be sure to tell them that you love them. Try to settle differences, misunderstanding, and arguments as quickly as you are able. Because you never know when a tragedy may occur, the surviving family of the victims of such events have said the same thing. We all must share this world together.