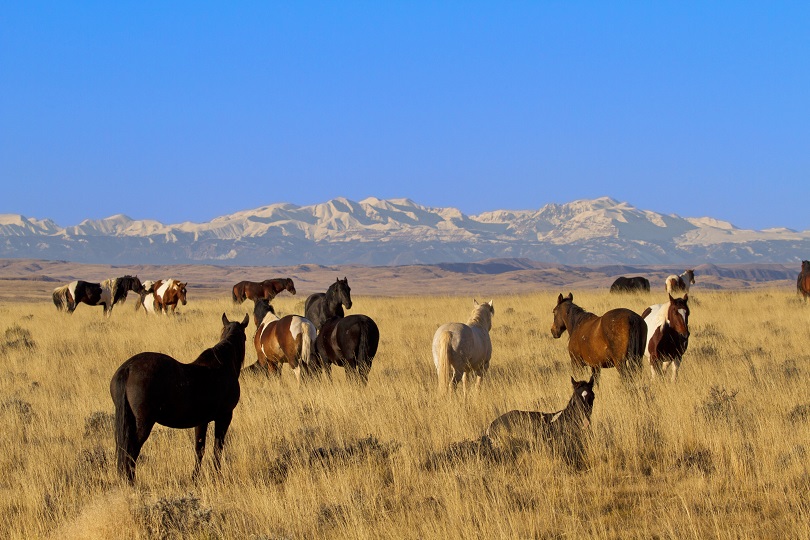 When greedy politicians see no other means of robbing people of their money, they turn on animals. Just like that, some Wyoming Republicans have proposed to gather and slaughter wild horses using the excuse of overpopulation of horses roaming the wilderness in the state.

WyoFile reported that John Winter (R-Thermopolis) and his colleagues have presented a resolution in the house – the House Joint Resolution (HJR) 3 – that asks the federal government to alter the existing wildlife law to allow slaughter of horses. Here’s what the news wrote:

(HJR) 3 calls on the federal government to amend the Wild Free-Roaming Horses and Burros Act of 1971 and other policies, so that wild horses can be gathered, slaughtered, processed and shipped to market domestically or abroad.

The primary reason Congressman Winter wants to capture and slaughter old wild horses is because he sees a lot of useless and old horses out there that people cannot afford to feed and they are negatively affecting the range. However, the story also reveals the financial motive behind Winter’s proposal – horse meat market in Asia and Europe. Winter is cited in the story admitting that majority of Americans “hold a deep stigma against consuming horse meat” so they can be killed and shipped abroad.

But horses have traditionally been seen as beloved and majestic animals on whose back this country was built. So when they grow old and useless, are the people of the country supposed to let them die in peace or round them up and cut them in pieces?

When federal agencies round up and remove our mustangs, it represents a theft of the state’s economic assets, but these actions are more meaningful than that. They amount to a theft of memories.

Hanson also reminded that as many as 80% of Americans want wild horses protected against slaughter as they see them ““living symbols of the historic and pioneer spirit of the West.”

So far, the People for the Ethical Treatment of Animals (PETA) has not issued a public statement about its position on the proposed slaughter of wild horses of Wyoming. A related question that haunts this animal advocate’s mind is that of precedent. If protection against slaughter is removed to kill and sell “old and useless” horses that belong to no one, what’s next? Homeless dogs that have a dog meat market in Chins and other countries? Cats that may have a fur market abroad? The wild horses will be the first casualty in the for-profit war on animals; they won’t be the last. Virtually any wild animal is open to slaughter to bring on profit – money stained in blood and smelling of greed.