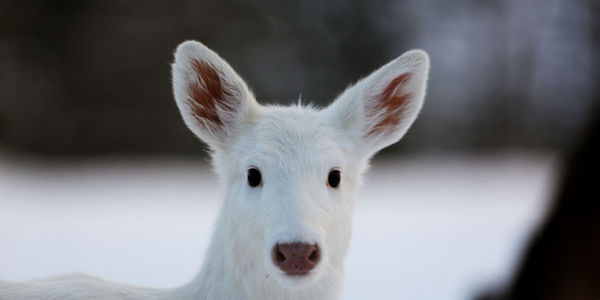 They are called “ghosts of the forest” because of their stunning white appearance – the rare white deer that now faces complete extermination in Wisconsin due to some segment of the authorities.

A petition on Care2 points to Gregory Kazmierski, of the Natural Resources Board, as the person responsible for trying to get the last 75 to 60 white deer of WI killed. The petition page tells that Kazmierski tossed the question “would you favor legalizing the harvest of white and albino deer statewide?” for the public to vote on, giving the life of the last white deer of the state into public hands.

This surely raises concern among advocates of animal rights and wildlife protection. If the public is to decide whether to let something exist or be terminated, what exactly does “preservation” mean in the first place? After all, the concept is to stop the human hand from destroying other life forms considered valuable and worthy of co-existence with man.

“This beautiful animal must not be lost to greed. Stand against allowing white deer slaughter in Wisconsin!” the petition underscores.

The petition has received more than 7800 signatures and is aiming at getting another couple hundred signatures to reach its target of 8K supporting voices.

One thought on “Will Wisconsin’s ‘Ghosts of the Forest’ be Exterminated?”