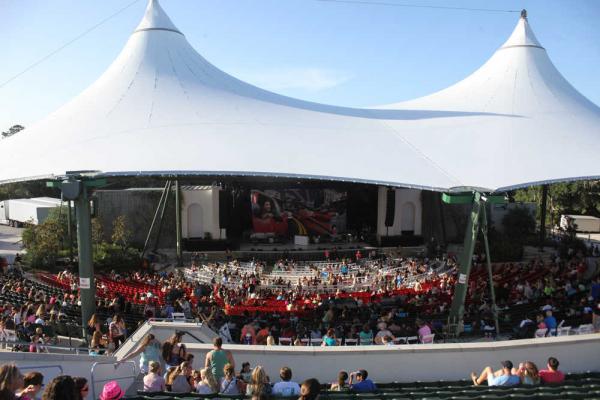 Saturday, June 14 with special guest Toad the Wet Sprocket. Tickets go on sale this Friday, March 21 at 10AM.

Counting Crows are one of those bands you follow for the long haul. For those that first heard them opening for Bob Dylan long ago, or subbing for Van Morrison one memorable night at the rock and Roll Hall of Fame, much of the soundtrack of our times comes from the Crows – from their vivid musical landscapes as well as the feverish brilliance of singer/songwriter Adam Duritz. Counting Crows hails from the San Francisco Bay area and consist of Adam Duritz (vocals), David Bryson (guitar), Charles Gillingham (keyboards), Dan Vickrey (guitar), Jim Bogios (drums), and Millard Powers (bass). Counting Crows success dates back to their 1993 debut release August and Everything After and the hit single “Mr. Jones.” The band recently hit #1 with the song “Accidentally In Love,” which was featured on the Shrek 2 soundtrack, as well as nominations in 2005 for a Grammy Award, a Golden Globe Award, and an Academy Award for the track. Counting Crows has sold over 20 million records worldwide.

To tide fans over until the release of an album of new material, the band offered up a collection of cover songs entitled Underwater Sunshine (Or What We Did on Our Summer Vacation) in 2012 and yet another live album, Echoes of the Outlaw Roadshow, the following year.

When Monty Python’s Eric Idle created the fictional band “Toad the Wet Sprocket” for the program “Rutland Weekend Television” in 1975, he never dreamed that anyone would actually use such a silly name. Fast forward to 1986, when four California teens desperately needed to come up with a name to call their band for an upcoming gig at a Goleta, CA watering hole called The Shack.

Since that day, “Toad the Wet Sprocket” has been the name of the four piece California rock band consisting of lead singer Glen Phillips, guitarist Todd Nichols, bassist Dean Dinning, and drummer Randy Guss. From 1989-1998, they made 5 studio albums which combined sold over four million copies, had five major radio hits, and won over audiences across North America and Europe.

Tickets will go on sale this Friday, March 21 at 10am at the St. Augustine Amphitheatre and Ponte Vedra Concert Hall box offices. Enjoy complimentary coffee and snacks and Counting Crows tunes at the Amphitheatre on Friday morning. Save on fees by purchasing tickets here at our box office, walk around the venue and scout your potential seat, and have first pick when the tickets go on sale at 10 am.

One thought on “Counting Crows to Perform at St. Augustine Amphitheatre, June 14”