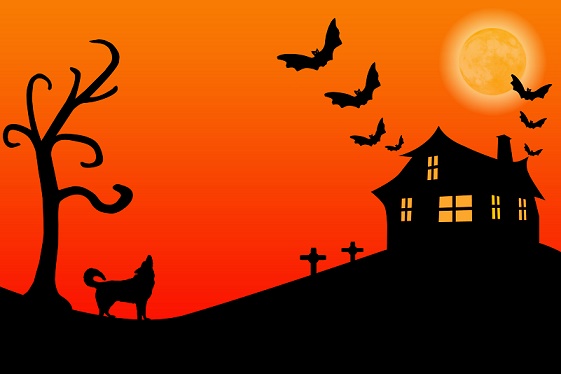 Horror fiction has always been a dark and originally Gothic genre of fiction that has entertained people by scaring them for quite a long time now. For some reason there’s something about being scared that some people tend to enjoy, some scared in different ways than others.

Some would get scared by the uncanny: the not knowing of what’s going to happen, if that person behind the smiling mask is going to harm you or not. Some get scared by the blood-and-gore-bath of people being torn apart in more grotesque movies while others are more easily scared by jump-scares when you’re waiting in the dark room the horror movie is presenting to you before something jumps out at you when you least expect it. But out of all of this, what is it that makes us enjoy being scared by horror fiction for entertainment? What makes us want to go see the next movie in the series or download and play a newly released horror game to our computer or console?

Well to start, most horror fans get a “high” (in a sense) just from being scared, and– as if horror fiction is a drug– horror fiction fans thrive off of that thrill that they get over and over again from getting a rush of being scared. Also according to WebMD, psychologists say that we might enjoy it because it gives us something different to experience than what we normally experience. There are a lot of things that make us happy, and a lot of things that make us angry and sad, and those emotions tend to occur to people a lot more often than a feeling of horror and being scared, while in the end knowing that you’re in a safe environment.

It also makes us feel closer, as some scientists have stated, that by going through haunted houses and amusement parks, where you’re with other people, you feel closer to them. This is a feeling as if you’re bonding with them or making memories with them, while having the same fun as you’re getting a thrill from the horrific environment around you. It creates the feeling of becoming closer with one another, and for this reason one tends to link with friends and family.

Finally, when it’s all over—the movie is done, or you’ve walked through the exit of the horror maze (or say you beat the horror game) —you are left with this feeling that can be described as a sense of confidence after it’s over. This feeling of “I did it! I conquered this!” is also a reason why people sell t-shirts for roller coasters saying “I survived [ride name]” as some sort of trophy for those who went on the roller coaster. The fact that in the end we’re in a safe environment, allows us to have fun with whatever form of horror fiction we’re experiencing, and at the same time, enjoy a thrill (and the “high” mentioned earlier). As opposed to being horrified and anxious about something in real life that’s horrible happening to you, we just get a temporary feeling of being scared from the horror-maze we’re going through for the moment.

To answer the question, psychologically speaking we get a sort of “high” off of being scared, knowing that in truth we’re in a safe environment, and when we’re being scared and going through horrifying and unnerving and disturbing events together, we feel closer to the people we were scared with. We also have a good memory to share with other people.