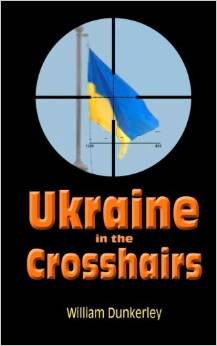 Putin has set his steely sights on Ukraine. That’s been the unbending belief of President Barack Obama. He emphatically accused Russia of “seeking through force to exert influence on a neighboring country.”

Obama was talking, of course, about the violent 2014 crisis, ongoing as this is being written. It started with earnest street demonstrations and grew into a bloody revolution. It led to protest leaders taking over in Kyiv, the capital, and Russia assuming control of the Crimean peninsula in the south, and finally to civil war in the East.

The Obama administration also claims that in July 2014, Russia had Malaysia Airlines Flight 17 in its crosshairs when the jetliner was shot out of the Ukrainian sky killing nearly 300 people. The plane may have been mistaken for a Ukrainian military transport. But it was Russia that supplied the advanced weaponry and expertise, according to the administration.

Russian president Vladimir Putin rejected Obama’s condemnatory claims all around. He asserted it was Obama who had Ukraine in the crosshairs. Putin glibly said the political crisis started as “a state coup supported by our U.S. and European partners.” He believes they’re the culprits who created the mess in the first place. The airplane disaster was just another consequence of America’s meddling.

Amidst those opposing views, one thing is clear: This high-stakes drama has pitted the United States against the Russian Federation in a confrontation that noted historian Stephen F. Cohen believes is the worst since the 1962 Cuban missile crisis.

The Plight of Ukrainians

While the U.S. and Russia exchange accusations about who’s to blame for the Ukrainian crisis, the predicament of the Ukrainian people seems to be lost in the shuffle.

News reports tend to focus on the hyperbolic rhetoric that is being tossed back and forth between the American and Russian sides. It’s true that each side has its own cadre of groupies within the Ukrainian population. But what about the main body of Ukrainians? Where are they left in all this?

Ukraine is one of the most impoverished countries in Europe. An International Monetary Fund report for 2013 ranks it fourth from the bottom of all Europe. Its per-capita GDP is less than one tenth that of France’s. According to Forbes magazine, “Ukraine is still struggling to recover from the 2008-2009 economic crisis while seeing its debt ($15.3 billion) skyrocket, among other financial woes.”

The country is second largest in Europe in land area (European Russia is the largest), and eighth in terms of population. It is a country with great potential. But, according to Transparency International, it is the most corrupt country in all of Europe.

Ukraine is on its sixth president since the country’s founding in 1991. Revolutions ushered two of them into power. And in each revolution there is convincing evidence that foreign interests took advantage of the Ukrainians. The foreigners exploited for their own questionable ends the Ukrainian passion for finding a government that can lead the citizens to a better way of life.

If we view the Ukrainians seeking to better themselves as the hero-protagonists of this saga, then the foreign actors that have exploited Ukraine’s tragic plight are decidedly the villains. The villains’ victim is Ukraine itself.

Before the tug-of-war began between the U.S. and the EU on one side, and Russia on the other, Ukraine existed with intact borders and without the tragedy of civil war…

The foregoing is excerpted from Ukraine in the Crosshairs, a newly-released book that exposes the ironic tragedy that is tearing Ukraine apart. The author, William Dunkerley, is a media business analyst and Senior Fellow at American University in Moscow.