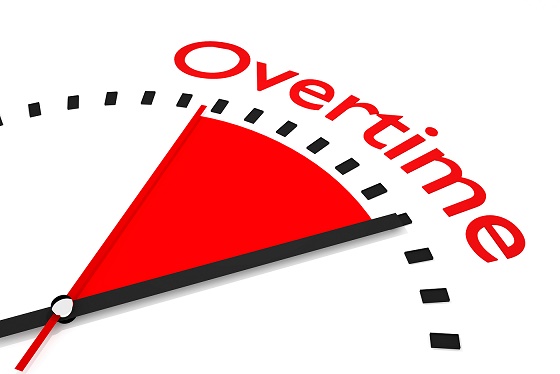 Starting December 1, 2016 a New Overtime Law will go into effect that will allow individuals that earn less than $47,476 a year to have time-and-a-half for overtime work, for a week where they have worked more than 40 hours. It may end up causing companies to give a raise to workers that are salaried workers that are close to this rate, employers will need to either give a pay increase or limit the workers hours to 40 hours per week. But in order to completely grasp the possible effects of this law and the possible benefits and consequences, we would need to look into the origins upon which this law originates. 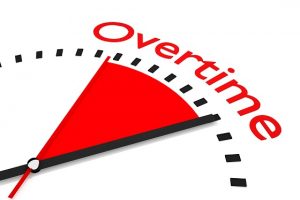 How we first got to a 40 hour work week

The origins of what we today consider the standard “40 hour” work week came from the “National Labor Union.” On August 20, 1866 the organization asked Congress to pass a law mandating the eight hour workday. They failed, yet the idea stuck and has been considered the ideal standard of work hours per day ever since.

In 1906, the eight-hour workday was instituted at two major printing industry firms, and then in 1926, the Ford Motor Company adopted a five-day, 40-hour workweek. It wasn’t until 1940, under the Fair Labor Standards Act, whereby they passed the law that began limiting the workweek to 40 hours. This new overtime law that will be officially going into effect later on this year was helping around 62% of qualified workers in 1975.

As of 2016, it was effecting only about 7% of workers. The old threshold was for workers who earn under $23,660 a year. The Department of Labor is estimating that starting in 2017, the adjusted new law will help around 35% of qualified workers. Still not the 62% percent from the mid-1970s, and the reason being if someone works 45 hours per week the employer may effectively lower their base pay to offset the overtime that will be owed. This could lower career prospects and opportunities to expand the careers of individuals.

Laws in general will always have limits to what they are able to do. Therefore, the federal government can’t tell employers how much they should pay their employees so long as they’re paying at least minimum wages.

The residual effects of modified law(s) may sometimes take years before proper analytical data becomes readily available, the effects of this law known as the “new overtime rule” and it’s interpretation(s) for being modified have already been taking effect prior to this law being adjusted. With 1 in 5 Americans being on some kind of Government Assistants, according to the U.S Census Bureau’s 2012 figures. It can easily be assumed that many employers have already began cutting back hours for full time employees. Which perhaps is one of the main reasons why more and more individuals are receiving government assistant. They almost have no other choice, most employers that are hiring prefer individuals to have only one job (the job that they are applying for) and not two or more part time jobs.

The global market’s economy of capitalism has often created “invisible beneficiaries” while creating “very visible losers” with the global suppression of wage earners where the simple act of trying to save for the future becomes oblivious to a seeming never ending cycle within microeconomic algorithms. French economist Thomas Piketty said it best in his book Capital in the 21st Century where he wrote, “Whenever the rate of return on capital is significantly and durably higher than the growth rate of the economy it is all but inevitable that inheritance (of the fortunes accumulated in the past) predominates over saving (wealth accumulated in the present). Wealth originating in the past automatically grows more rapidly, even without labor, than wealth stemming from work, which can be saved.”

The results are that any laws that are made or that are adjusted are determined by the economic foundations that are abounded from which they were created or intended. It works for the most part but only for the very sustainability it seeks, yet constant growth is needed and no one knows what would really result from a prolonged economic crisis from such laws that are made or modified. The politics behind laws are always just semantics, creating further cause and effects where some benefit and some inadvertently become inimically effected.