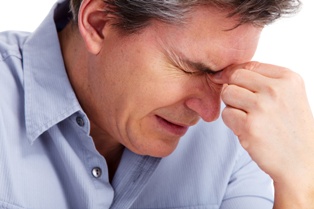 “Psychiatric disorders are brain disorders… Psychiatric disorders are medical disorders” Thus saith Dr David Kupfer, chairman of the DSM5 Committee and one of the most influential psychiatrists in the US. He was in full agreement with Dr Thomas Insel, Director of the US National Institute for Mental Health, who has committed American psychiatry to a decades-long program of basic biological research in psychiatry:“First, the (research) framework conceptualises mental illnesses as brain disorders… Second, (it) assumes that the dysfunction in neural circuits can be identified with the tools of (ordinary) neuroscience…”

They are very clear that mental disorder is a special case of brain disorder, and the correct approach is what is called biological reductionism. Reductionism underpins ordinary modern science: the behaviour and properties of a higher order entity can be fully explained by the behaviour and properties of the lower order entities of which it is composed. Thus, a full understanding of depression and other mental disorders will automatically come from a full understanding of brain physiology with no questions unanswered. Your culture, your personality, life experiences, hopes and ambitions, these amount to naught because everything we need to know about you can be decided in a laboratory.

This is a bold ambition, so how reliable is it? Firstly, there is no justification from philosophy. Apart from a few opinions, nothing in the philosophical literature proves biology will fully explain psychology. Second, there is absolutely no support in the psychiatric literature. In a survey published last year, I looked at the 13 most influential English language psychiatric journals for the eleven years 2001-2011. This involved over 19,000 original papers, reviews, editorials, and reports occupying some 150,000 pages of text, written by every significant psychiatrist in the world. Not one of them gave an argument to show why mental disorder can be reduced to brain disorder. The opinions of Kupfer and Insel, and so many others, amount to a belief which is firmly held in the absence of any confirmatory evidence; in other words, an ideology.

So why is the prescription of antidepressant drugs continuing to climb all over the world? We know these drugs are hardly more effective than sugar pills (about 64% effective compared with about 61% for sugar). We know they have major adverse side effects (drowsiness, confusion, manic episodes, severe agitation with homicidal and suicidal impulses, massive weight gain and diabetes, loss of libido, and ferocious withdrawal effects); we know they are commonly used in fatal overdoses; they are expensive; and non-chemical treatments are just as effective. Who would want them? (actually, if you tell people that list of side effects, they won’t touch them). I suggest that it is just brilliant marketing.

The process is simple:

Announce that there is an epidemic of depression (it’s easy to find academic psychiatrists who will do a survey that finds just that); tell everybody over and over that depression is a really serious and horrible disease that is really common andcan get anybody, even famous film stars and sportsmen; but don’t worry, your doctor has these nifty new tablets that will cure you in no time flat.

What they don’t say is that bouts of unhappiness are a normal part of life; that you’ll almost certainly get better just as quick if you don’t take the drugs; that talking to family and friends is equally as helpful and won’t make you fat or wreck your sex-life; and that once you start taking these things, it is extremely difficult to get off them. Take up smoking, it’s easier to stop.

So where does that leave all the different diagnostic subtypes of depression that you hear about? What about major depression, and neurotic and reactive depression, and endogenous depression, and unipolar depression and dysthymia and so on? Half a century ago, there was a lot of effort put into sorting depression into two groups, the fairly common and relatively minor cases that were more a reaction to life events and would get better anyway (neurotic and reactive depression), compared with the more serious ones that didn’t seem to have a cause and seemed to stay bad for a long time, with a higher risk of suicide. The second group (endogenous or major depression) were thought to have a biological basis while the rest were seen as psychological. The biological ones (by far the minority) could be given biological treatment (drugs and ECT) while the rest got the talking cure.

But nobody reckoned on the drug companies. Having invested lots of money in developing their drugs, they wanted it back, so the best way was to sell them to everybody and not just keep them for the serious cases. By a variety of dubious means (false surveys, paid endorsements from psychiatrists, and so on), this they have done, making fantastic profits along the way. But the problem was, the more you look at the so-called biological depressives, the less biological they are. They also have an excess of adverse life events just before becoming depressed, and so on. Generally, their depression is saying no more than “Life sucks.” But giving them drugs doesn’t make it taste any better.

But the really interesting thing about psychiatry’s 35 years of trying to be more biological than anybody is that the drug company patents on their antidepressants are about to run out and guess what? They don’t have any new ones in the pipeline. They’ve lost interest in psychiatry. Turns out it’s too vague, too expensive, and the risks of litigation are too great. So it looks as though the wheel has turned full circle and we’ll go back to where we were when I started psychiatry, which is that talking to people is the best way to find out why they are depressed, and the best way to help them.

About the Author
Niall (Jock) McLaren, author of The Mind-Body Problem Explained, is an Australian psychiatrist with long experience in remote area psychiatry in the far north of the country. He graduated in psychiatry in Western Australia in 1977 and, while working in the state prison psychiatric service, began training in philosophy. He was interested in finding the correct theoretical basis for a scientific theory for psychotherapy. This has led him to the conclusion that modern psychiatry fails as science because it has no agreed model of mental disorder. To fill the theoretical gap, he has developed a dualist model of mind, based in the work of the mathematicians Alan Turing and Claude Shannon. This work, now known as the biocognitive theory of mind, produced a general theory of mind for psychiatry. It generates a formal model of mental disorder as a primary psychological disturbance in a healthy brain, and predicts that mental disorder is not due to chemical imbalances of the brain. It challenges orthodox psychiatry on many points but is emphatically not a new sort of antipsychiatry.