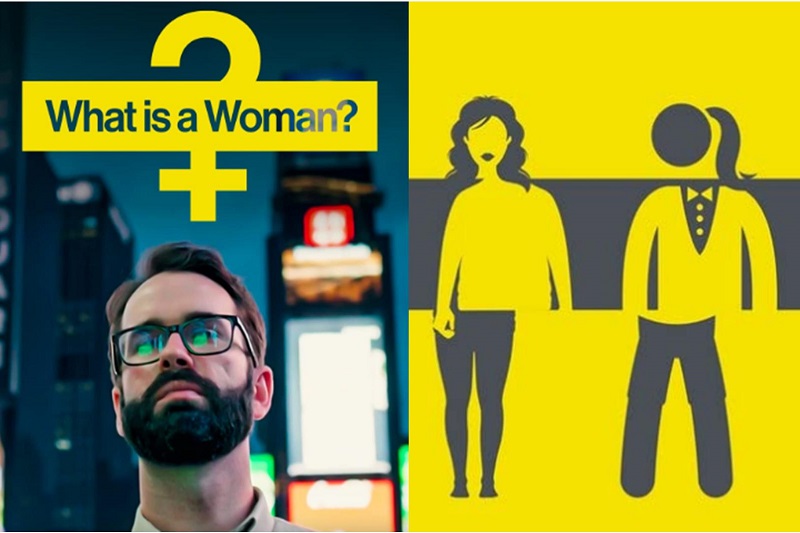 Conservative journalist and commentator Matt Walsh addresses a question the left hates and runs away from: what is a woman? Hence the title of his documentary film.

In What Is a Woman? Walsh presents his interviews with many people from various backgrounds with special focus on the leftist experts—therapists, doctors, academicians—to fathom the rationale behind their denial of two genders, man and woman.

The inspiration for Walsh’s film seemingly comes from the famous question “Can you provide a definition for the word woman?” asked by Senator Marsha Blackburn during the senate confirmation hearing of Biden’s Supreme Court nominee Judge Ketanji Brown Jackson. Judge Jackson could not answer the question and admitted she can’t define a woman.

The leftist respondents in What Is a Woman? are seen exhibiting the same failures and getting offended by the very question. A few are seen just walking away on realizing they can’t answer the question without bringing down their political narrative that anyone calling themselves a woman is a woman.

Walsh’s documentary doesn’t just expose the insanity and lack of reason in the left’s narrative on gender-fluidity. It also exposes the horrors of medical and psychological abuse to which liberal parents subject their children, including the testimony of a woman who is left permanently injured and fears early death due to the procedures she underwent in her gender-transitioning quest.

In one interesting segment, Walsh travels to Africa to talk to the natives there about the gender-confusion created by liberals in America. Their reactions recorded on camera are precious.

What Is a Woman? has lots of humorous moments but also comes as a very thought-provoking and alarming commentary on the disastrous path the liberals have taken to push the modern societies on toward a very dark end in sight. It’s a must-watch for every concerned parent and caring American.