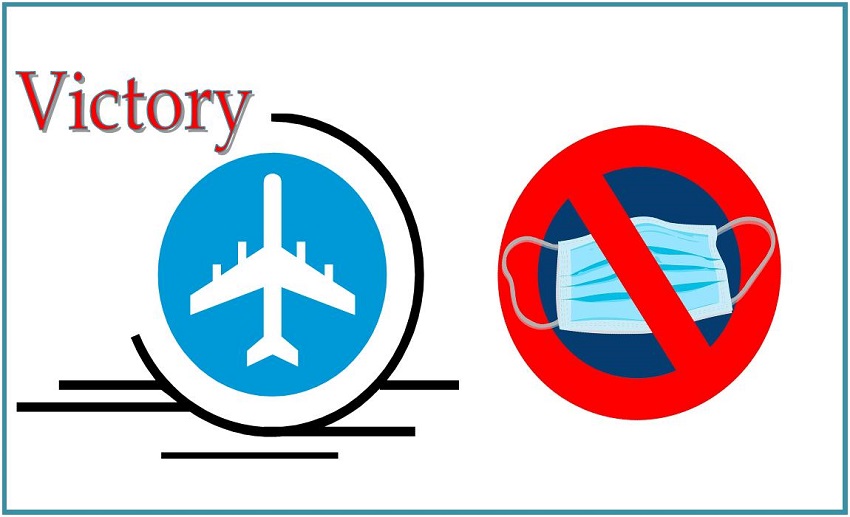 A conservative judge dealt a strong blow to the illegitimate Biden administration’s unconstitutional mask mandate on public transport, imposed via the CDC. America thus won a battle of freedom against tyranny deceptively sold as science for over a year.

On Monday, U.S. District Judge Kathryn Mizelle of Tampa, FL, struck down the CDC-imposed federal mask mandate for passengers using public transport – air and road. Later in the day, airlines in the country started announcing that they have lifted the mandatory mask wearing. Amtrak followed suit and so did other means of public transport across the country.

The Biden administration sounded defeated and tame as ignorant and ill-informed left-wingers expressed disappointment and concern over the end of masks on planes, trains, and buses. Leftist propaganda outlets, angered and frustrated with their mortifying defeat in the federal court, attacked Judge Mizelle, highlighting that she was appointed by President Trump.

Leftist propaganda sources like Salon quickly resorted to their cliched “health experts” game of citation to try discard the judge’s ruling as a political move. They expressed the hope that the Biden administration will appeal the judge’s ruling. But even die-hard leftist propaganda factory like Bloomberg warned against appealing it, fearing that a loss of appeal will further damage the power of the CDC to impose restrictions on the public in future.

The celebration of the victory among free-spirited Americans against Biden’s enslavement agenda continues for now as the senile and demented puppet-president sees mockery for his nonsensical and confused behavior in public on a daily basis.

As they celebrate victory against the illegitimate and tyrannical administration in the case of mask mandate, conservatives can expect another victory coming their way. Government Executive reported on Friday that the Biden administration’s case for vaccine mandate for federal contractors also doesn’t look strong in the court. The ruling is expected to come out next month. So it’s time for keeping fingers crossed for another win, and meanwhile continue fighting the tyranny tooth and nail.