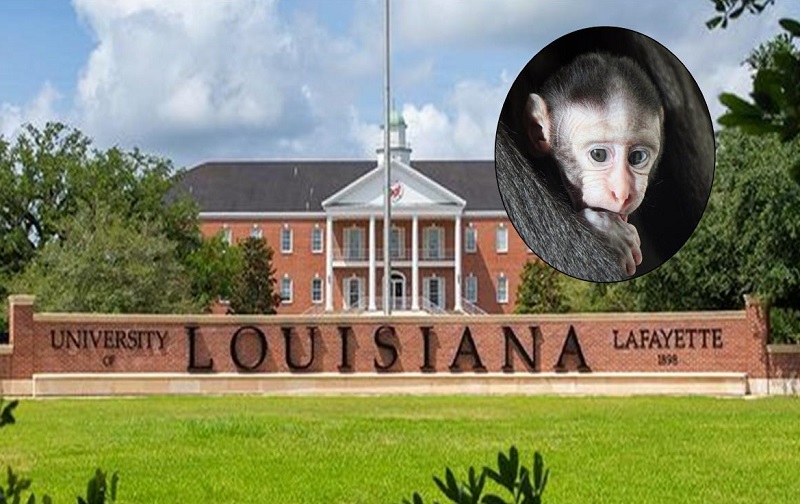 The torture and abuse of animals in labs continues unpunished and the unconcerned government department has no plans to pursue penalties against the University of Louisiana that dehydrated five captive baby monkeys to death last summer.

In October 2021, PETA asked the district attorney to investigate the death of the five baby monkeys in July over the course of two days at the University of Louisiana–Lafayette’s New Iberia Research Center. The administration failed to ensure the safety of the monkeys kept in cages died painfully and in great agony because of thirst as the water dispenser to the animals’ cages was malfunctioning.

Two of the monkeys died of dehydration and three left seriously struggling for their life were euthanized, a euphemism for killing. However, this cruelty will not be punished.

Yahoo News featured the story of The Daily Advertiser telling that the U.S. Department of Agriculture (USDA) only gave a warning to the University of Louisiana over the death of the monkeys, choosing not to pursue any penalties or sanctions. PETA and other animal advocacy groups reportedly condemned the deaths. PETA is said to have filed a complaint against the NIH over the issue since the NIH funds and oversees such projects involving animal abuse in labs and academic faculties.

This is far from the first time the New Iberia Research Center has made news for abuse or neglect of its captive animals. The story wrote:

The center has received federal fines in the past, including one for $100,000 in 2017 to settle six complaints about its lab, according to the Associated Press.

In 2018, PETA slammed the institute and called for its shutdown after a captured monkey escaped its lab and caused concern among locals. PETA stated in an update:

UL Lafayette has a long, sordid history of incompetence and neglect of the primates it imprisons.