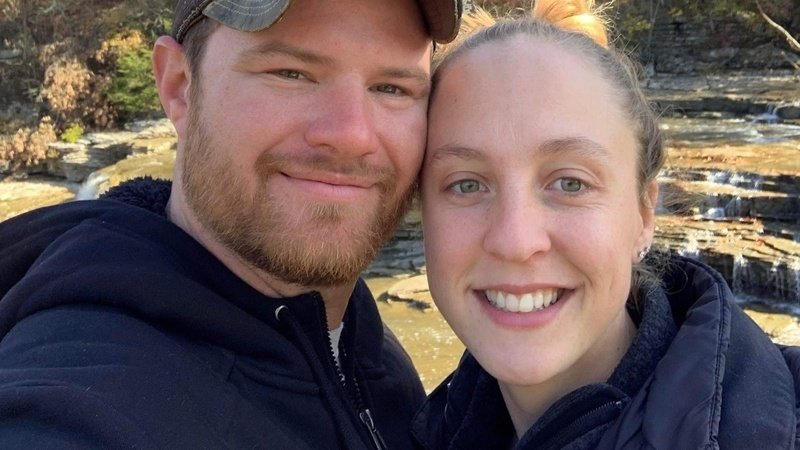 Real-life stories of authorities wrongfully seizing children from normal, caring and responsible parents are, unfortunately, not rare. These are deeply concerning. But there are some good people who care and stand for parental rights and protection of families. Leslie Drawhorn is the Executive Secretary for the nonprofit Advocate Voices Inc, which is raising a voice for Kayla Holst and Dacota Straw, the couple whose children were seized by the Child Protective Services (CPS), leading to a petition calling for justice and reform of the CPS and family courts. Leslie shares more details of the case that has raised deep concerns over the transgression on parental rights as well as abuse of authority and persecution of families.

Ernest: Leslie, I’d first like to ask how your organization learnt of the case of Kayla and Dacota.

Leslie Drawhorn: The Kayla Holst and Dacota Straw case came to us by Dacota reaching out for help with their case as to get it out to the public the wrongdoings of OSHU and DHS/CPS in Indiana along with a Dr. Thomas Valvano misdiagnosed Kayla with a mental disorder(MSBP)based solely on hearsay.

Ernest: We’ve seen the essential story of Kayla Holst and her children seized by the CPS and I’d like some additional details about the case from you. So when exactly were the children taken away from their mother?

Leslie Drawhorn: This started in Washington with Kayla Holst when her son was having problems keeping his formula and food down. Every time he was fed, he would vomit everything he was digesting, which led to him being underweight for the norm for his age group. Kayla being a good mother took him several times to his pediatrician and they tried medication for reflux, but it did not work. This led to the pediatrician to refer her son to a GI doctor which ultimately led to her son getting a feeding tube. While the feeding tube was in place the vomiting did not stop. This in turn landed her son in OSHU (Oregon Health & Science University) in October of 2018. During a two-week stay in the hospital, her son continued to vomit everything he ingested but the pediatrician Dr. Austin from OSHU wanted to remove the feeding tube anyway and wanted them to stay another week. At which time Kayla informed she has two other children at home that needed her and asked if it was a medical necessity for her son to stay; the answer was no. But the pediatrician got mad and then contacted Dr. Valvano and this is when her children were removed and stated she potentially had Munchhausen by Proxy (MSBP), which has branded Kayla as a danger to her kids and followed her to Indiana.

Ernest: We know from her story in the petition that this pediatrician, Dr. Thomas J. Valvano, labeled Kayla as mentally ill even though he has no expertise in psychiatry. Can you tell our readers how this doctor knows her and her children?

Leslie Drawhorn: Keep in mind Dr. Valvano has never seen or met Kayla or her children to this day. He was brought in by the other doctor to look over her child’s medical records and instead of finding out what was going on with her son, he decided to label this mother with a mental illness and he proceeded to contact CPS in Washington and have her children removed stating she’s a danger to her children and coerced their pediatrician and GI doctors to perform unnecessary medical treatments and/or procedures.

Ernest: So what do you think seems to be Dr. Valvano’s motive in labeling her with this psychological disorder? Why would he do such a thing?

Leslie Drawhorn: Dr. Valvano works for CPS as a supposed specialist for determining child abuse. Dr Valvano is getting paid for his opinion on cases of child abuse by CPS so in my opinion it’s all about the money. It is a known fact that CPS receives money for children in foster care and that if the children have mental or medical problems that amount goes up for the care for the children.

Ernest: Did the CPS schedule any independent psychological examination of Kayla prior to seizing her children or even after doing so?

Leslie Drawhorn: During the time Kayla’s child was in the hospital, CPS showed up unannounced and with hospital police, Kayla was escorted out by officers from her son’s room and was told the child was going with CPS and she was asked to leave the hospital. At this time they never offered her any services or to even go see a psychologist or psychiatrist to do an evaluation to see if in fact she has MSBP. They never offered services at all until around July 30, 2020. They never showed court orders to remove her children. It was all based on Dr. Valvano’s suggestions of her having MSBP. This Doctor does not have the expertise to diagnose such a disorder being that he’s only a pediatrician with no certification in child abuse or mental health—which makes us question the removal of the children if in fact was legally binding at all, not to mention the nonprofessional way that this all happened.

We also question the integrity of CPS to take the suggestions from a pediatrician who does not have the credentials to make an assumption that anyone has such a diverse rare mental disorder that only 1 % of the entire United States population meets the criteria for.

Ernest: And Dacota became part of this fight later sometime, is that correct?

Leslie Drawhorn: Kayla Holst and Dacota Straw met approximately about a year into the fight of Kayla and her previous children. The couple was friends for some time first then began to date long-distance while Kayla’s fight continued in Washington. At some point this turned into a relationship and Kayla flew out to Indiana for a few visits and became pregnant with their child, London. During this time Kayla’s ex, the father of her youngest two children, obtained temporary custody of the three boys. During this time Kayla had supervised visitations for her three oldest. Then it came to a decision between Dacota and Kayla that she would move to Indiana and they would continue to fight for the boys and have their child to ultimately become a family of eight.

Ernest: Can you tell us whether the authorities in Indiana had any interaction with the Kayla and Dacota prior to London’s birth?

Leslie Drawhorn: On about June 6, 2020, Dacota received a voicemail from Michelle Puckett of the Department of Children Services, stating a report was made that his child from a previous marriage was neglected or abused, to call her back ASAP. Dacota immediately returned the call and left a voicemail and waited for the return call. The next day, June 7, 2020 Michelle Puckett called back and set up a date and time for an interview. She then came to Dacota and Kayla’s house and took pictures of his oldest child’s bedroom. After this they all sat down at the table and the caseworker proceeded to explain the call was about Kayla being alone at the park with his oldest daughter. She then stayed Kayla was not allowed to be alone with his child due to an open case in Washington. At which time Dacota and Kayla informed that the case in Washington was a total lie and they’ve never had a fact finding in the case in Washington and the caseworker was shocked, asking, “What in the world are they doing out there?” At this time it was obvious that Kayla was pregnant and it concerned Dacota that this would get their newborn taken as well. But the caseworker assured them that this was not the case. That ended the conversations and the caseworker then left their home.

Ernest: Ok I’ll like to ask now about the newborn baby that Kayla had, her fourth child. Where and when the CPS seized her and by what justification?

Leslie Drawhorn: On July 16, 2020, baby London was born! This was a normal hospital stay and the baby was healthy. On July 20, 2020 they took baby London for her first appointment with her pediatrician at the Midwest Child and Adolescent Specialty Group, in Terre Haute, Indiana. The checkup went well and the parents headed home. Later that day, around 1 pm, the family heard a loud knocking on their front door. It was a Clay County Sheriff and DHS caseworker. The officer stated he was there to keep the peace while DHS removed the newborn for medical neglect! The parents at this time didn’t know their rights but Dacota was able to call his mom to come and get their newborn – which is where the baby is for now!

Ernest: The victimization of a mother of 4 in such a manner sounds outright scary. How did it all impact the family—emotionally, socially, and financially?

Leslie Drawhorn: This emotional and mental anguish has riddled Kayla to the point that she’s been in counseling and continues to date. They both have endured mental and emotional distress as well as the legal fees and financial problems of paying for both attorneys and counseling for Kayla has had a tremendous impact on their finances! This has also caused Kayla to lose her job due to the many court dates in having to take off work once she was able to go back to work after delivering her child. Not to mention her emotions and harmonies during this time that’s normal for females after child birth!

Ernest: What is the current status of this case?

Leslie Drawhorn: At this time they are still fighting the ending stages of the case in Washington and are looking for a civil attorney in that area to file suits against the Doctor and agencies involved as well as the caseworkers that handled the Washington case! They are also still fighting the case in Indiana that’s based solely off of Washington’s case and have filed for a motion for an emergency hearing to strike the Dr. Valvano’s statements from the case and return the baby to the parents. And they are also looking for a Civil Attorney for this state and case as well!

Ernest: Tell us about how your organization sees this case and the petition launched to seek justice for Kayla Holst and her children.

Leslie Drawhorn: As advocates we are just in shock and disbelief the things that CPS and Family Courts are doing to these parents all over the US and the civil rights that are being ignored in a court of law! It saddens us as advocates and parents ourselves to see agencies that are to protect our children are not only hurting the parents but in fact hurting the very children they are supposed to protect! A major reform of CPS and Family Court systems are in need immediately to say the least! We appreciate all the support in signing and sharing our petition as well!

Ernest: Is there any fundraising the victims or their legal representatives are doing for paying their legal fees or other issues arising out of this crisis in their life?

Leslie Drawhorn: Yes, a GoFundMe page has been set up now to raise funds for the family’s expenses in fighting the battle for their children.

Ernest: Thank you Leslie for your participation and what your organization is doing for the victims of this terrifying medical and institutional abuse. And keep us posted on any important updates in this case.

Leslie Drawhorn: Thank you so much for your support in sharing this story with your readers!