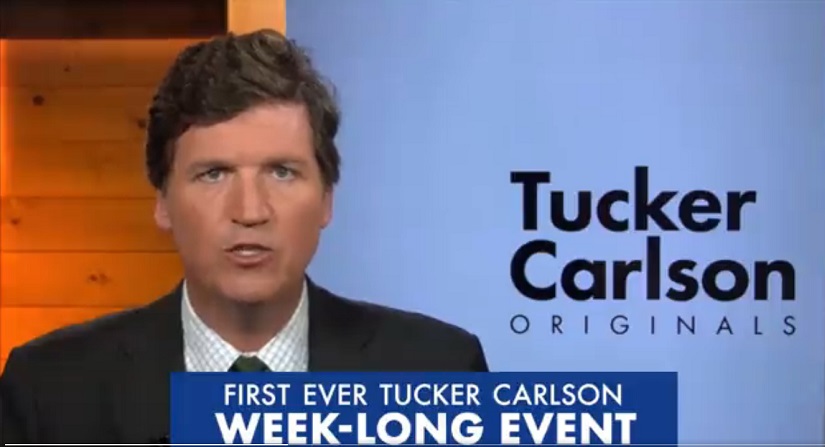 The leftist fake news media mobs are in panic as Fox News anchor Tucker Carlson is all set to expose the lies of the left on the so-called Insurrection of January 6, 2021. They want Carlson’s upcoming documentary banned.

Julie Kelly posted on American Greatness that the 84-second trailer played by Tucker Carlson for his 3-part documentary series Patriot Purge caused a “collective freak-out” among journalists and lawmakers.

Carlson tweeted the clip of his documentary teaser on Thursday (October 28, 2021).

Kelly included reactions from a number of leftist sources that hated the idea of Carlson showing the side of January 6 incident that refutes the leftist mainstream myth of a Trump-incited “insurrection” at the federal capitol in DC. Kelly wrote:

On November 1, no matter how hard they’re trying to keep the truth concealed, the public can start to see for themselves.

Conservative journalist Mark Dice posted a video of the hysteria among leftist propagandists losing their sleep over Tucker Carlson’s announcement of airing his documentary.

Anti-Defamation League among others is reportedly begging Fox News to scrap the documentary because it “has the potential to animate violence.”

The reason for left’s panic is obvious – the false flag of January 6 has been exposed via alternative social media and free-speech video platforms. But mainstream media has shied away from showing what really happened on January 6 with an investigative passion. Tucker Carlson is one of the very few Fox anchors, if not the only one, who has dared to speak the truth and expose the lies of the left even if it means endangering his job. His documentary will get the truth out to millions more who have not been following the alternative social media.

It is worth remembering that Tucker Carlson and his family were targeted by a leftist mob that gathered outside his house. As reported by the Washington Times, Carlson faced threats of violence from the mob, an incident caught on video.