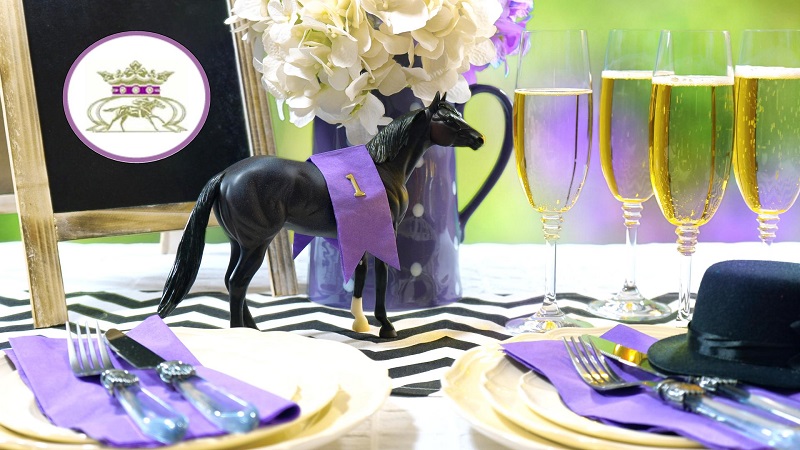 The top tier of North American horse racing came to a thrilling conclusion earlier this month with the Breeder’s Cup at Keeneland. The signature race, the $6 million Longines Classic, was won in spectacular style by Authentic, who was soon after retired and sent out to stud.

The Breeder’s Cup came soon after the completion of the rescheduled and reshuffled Triple Crown as organizers responded to the COVID pandemic in order to save 2020’s racing calendar.

The Belmont Stakes, the traditional Triple Crown finale, went first this year, followed by the Kentucky Derby – typically fist – with the Preakness Stakes, normally the middle race, acting as this year’s final meet. Of course, no spectators were allowed to attend any of the racetracks.

While all those involved in North American horse racing – from fans and media to owners, trainers, and jockeys – are grateful that the Triple Crown and Breeder’s Cup were able to go ahead this year, there is widespread hope that a return to normal can occur in 2021.

“It’s been a different feeling, you know?” trainer Bill Mott said last week after the Breeder’s Cup. “Being a participant, we probably get as excited as the fans when they’re there. It’s like I’ve got a bet on every race we’re participating in. So, I miss the fans. I’ll be glad when everything gets back to normal and we have the fans back.”

Bob Baffert, the Hall of Fame trainer who saw his horse Authentic claim victory at the Kentucky Derby and Breeder’s Cup, said that while this year was hardly ideal, some perspective was needed.

“It was a crazy year and a lot of hardships,” he said. “We just feel fortunate that we got to keep going and happy that racing continues.”

Looking ahead to next year, Baffert will be aiming to strike out on his own as the most successful trainer in Kentucky Derby history having tied the record with Authentic this year.

Among Baffert’s horses who could emulate Authentic and make themselves Kentucky Derby contenders is none other than Gamine, who like Authentic was sired by Into Mischief so she comes from championship pedigree.

Click here and check the current set of contenders for the 2021 race: https://www.twinspires.com/kentuckyderby/contenders.

Gamine starred at the Breeder’s Cup by storming to victory in the Filly & Mare Sprint in record-breaking time and while there are a few months until the 2021 Kentucky Derby, she is certainly one to keep an eye on, and Baffert was effusive in his praise.

“She is just brilliant. She is the fastest filly going one turn I’ve ever trained. I wanted it bad for her. What she’s gone through, she deserved it,” Baffert said after Gamine’s win at the Breeder’s Cup.

For all of Gamine’s promise, there remains a cloud of doubt hovering over the horse after returning to two positive doping tests this year. For what it’s worth, Baffert has made assurances that there will be greater scrutiny over his operation following multiple doping violations this season.

Gamine is not the only horse to offer a glimpse into the Triple Crown future. Essential Quality and Vequist, record-setting winners of the Juvenile and Juvenile Fillies respectively at the Breeder’s Cup, are tipped for big things in the coming years.

Vequist, the daughter of Nyquist, will be aiming to follow in her father’s footsteps after he won the 2015 Juvenile before claiming the 2016 Kentucky Derby.

How will COVID-19 pandemic affect the calendar?

As well as looking ahead to assess next year’s potential Triple Crown contenders, just as important is how the horse racing scene will present itself.

The authorities will need to determine the running order: will it revert back to the traditional schedule or remain with the 2020 calendar? Will fans be allowed back to racetracks and if so, in what capacity?

Of course, much will depend on the latest developments regarding the pandemic and vaccine breakthroughs but there is plenty to look forward to for racing fans.

For now, though, as the curtains close on the 2020 season, the North American racing world is just pleased to have completed the year and its most prestigious races.

Baffert said: “We had a reason to smile again in horse racing and show off to people who were watching what a beautiful sport it is with the excitement and the nervousness.”

Related: The History Of Horse Racing