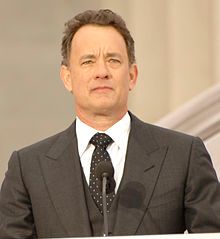 News has it that Hanks revealed his diabetes diagnosis on David Letterman’s show on Monday.

As reported on ABC News, Hanks told that the diagnosis with type 2 diabetes follows a decade of living with high blood sugar. The actor mentioned that this type of diabetes is more manageable as against the “very bad” type in which a person becomes insulin-dependent.

Hanks, now 57, has won two academy awards for best actor in a lead role in the ’90s and remained one of the top-rated male actors in Hollywood for over a decade.

One thought on “Tom Hanks Diagnosed with Type 2 Diabetes”