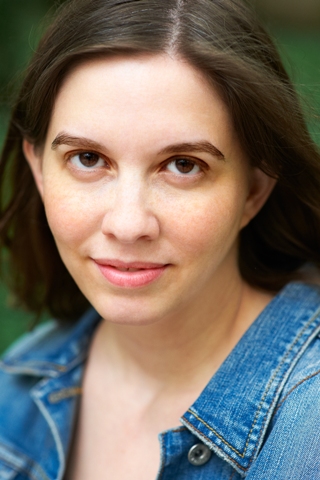 Today on Word Matters!, I present my e-interview with Abby Geni is a fiction writer, a graduate of the Iowa Writers’ Workshop, and a lifelong Chicagoan. Her debut collection of stories, The Last Animal, was selected for the November 2013 Indie Next List and was one of twelve debuts chosen by indie booksellers as part of their “Indies Introduce Debut Writers.” Geni’s stories have won first place in the Glimmer Train Fiction Open and the Chautauqua Contest. Publications in which her stories have appeared include: Glimmer Train, Flaunt Magazine, Chautauqua, The Indiana Review, Confrontation, New Stories from the Midwest, The Fourth River, Iron Horse, and Crab Orchard Review, among others. Geni also teaches fiction writing, most recently at the School of the Art Institute of Chicago and StoryStudio Chicago.

Ernest: Abby, first of all congrats on your debut in book publishing. I loved all the stories in your book. It’s such a brilliant debut. I’d first like to know how long have you wanted to publish a book before seeing The Last Animal in print?

Abby Geni: Interesting question. I’ve been writing since I was six, but only in the last few years have I begun to think about publishing. Up until that point, although I was deeply invested in my work, I always felt that I was practicing. I felt too young and unaware to write anything worth trying to publish. I remember reading Outliers, by Malcolm Gladwell, in which he says that to become proficient at any skill, you must put in 10,000 hours of work. For most of my life, I was putting in my 10,000 hours, learning to write dialogue, to create imagery, to build characters, and so on. I knew that one day the right story—or stories—would come along. I was getting ready for that story.

Ernest: What does the “animal” in the title thematically signify?

Abby Geni: In the title story, the main character encounters a series of wild and outlandish sea creatures: a turtle, a blue whale, a manta ray. These animals serve as a catalyst for an awakening on her part. But the last animal she encounters—in a moment of magical realism, at the story’s climax—is a human being. We are the last animal. I suppose I wanted to remind my readers that we are animals too.

Ernest: I sensed a strong feel of mystery throughout the book, in most stories I’ll say. I wonder whether you were thinking of creating stories with a mystery or did the mystery arise during the writing process of a story?

Abby Geni: It’s interesting that you say that, because as I was writing The Last Animal, most of the books I was reading were mystery novels. I often find it difficult to read the same genre that I’m writing. I don’t want the world I’m creating to get mixed up with some other writer’s world. It’s a bit frustrating, honestly, since I write literary fiction, and I love literary fiction, but this quirk of mine means that I tend to read nonfiction or genre fiction or poetry instead. In writing The Last Animal, I didn’t set out intentionally to create mystery in my stories, but I’m sure it’s no coincidence that the worlds I was reading at that time were all built around mysteries of their own.

Ernest: Freshness of language was another quality that kept my interest in the stories till the very end. Do you find it easy to not fall into using clichéd expressions?

Abby Geni: That’s nice to hear. I don’t think cliché is one of my bad habits. In fact, if anything, I think I have the opposite problem: I have to reign in my voice sometimes and make my writing more normal and accessible. I find that some writers have a malleable, mutable voice that can adapt itself to different characters and can change from story to story. Other writers have a strong, unyielding, consistent voice. I’m one of those. I found my writing voice when I was very young, and I don’t have a lot of control over it; it’s a force to be reckoned with during the writing process.

Ernest: Was there any story in this book with which you took a lot of time to complete?

Abby Geni: Actually, the title story was a difficult one to finish. Every piece in the collection was published in one literary journal or another before the book itself came out, except for “The Last Animal.” My editor at Counterpoint Press, Dan Smetanka, was a wonderful help when it came to finishing that one. I just couldn’t find the balance of magical realism when I was working on my own. Dan helped me to unravel the plot and remove a few elements that were over the top.

Ernest: Who are some of your most favorite authors, classic and/or contemporary?

Abby Geni: To answer this question, I went around my apartment and looked at the bookshelves to see which volumes are the most worn. My favorites seem to be E.M. Forster, Marilynne Robinson, Jeffrey Eugenides, Alice Munro, Jeannette Winterson, Kaye Gibbons, Alice Thomas Ellis, Roddy Doyle, Muriel Spark, Dorothy Parker, Susanna Clarke, Audrey Niffeneger, J.D. Salinger, and Jane Austen, out of dozens and dozens of other books that are also beloved but a bit less ragged. All their work has influenced my work. Part of the practicing I did as a new and inexperienced writer was to read and read and read and read and read. I count that in my 10,000 hours.

Ernest: I also see majority of female characters as leads in the stories in this book. Do you prefer or find it more convenient to take a female lead for a story?

Abby Geni: Absolutely. I think most writers have a particular point of view that’s the most comfortable and natural for them. For me, it’s a female narrator. Whenever I begin to imagine a new story, in the dream-bubble-hovering stage, I have a female narrator in my mind. I have to intentionally question that choice every single time to see if it’s right.  If I wasn’t conscious and careful, all my stories would be told by women.

Ernest: What is the best time for you to write?

Abby Geni: I love the morning. I love the bright, raw sunlight and the birdsong and the energy in the air. All things seem possible in the morning. I can—and do—write at other times of day, but I never feel so wide-awake and glimmering as I do at sunrise.

Ernest: Do you write in other styles and genres than literary short fiction?

Abby Geni: Yes, I’m working on a novel now. In fact, I’ve always thought of myself as a novelist, rather than a short story writer. It’s natural for me to take 400 pages to tell a story, rather than 20 or 30. Part of the reason I was able to write short fiction for The Last Animal is that the stories were connected and interlocked in my mind. I was always aware of the greater whole in writing each individual piece, paying attention to how all the stories played off one another and interacted with each other.

Ernest: Will you be considering entering The Last Animal to any contest?

Abby Geni: That’s something Counterpoint Press handles for me. Oh, how lovely it is to have a wonderful and supportive publishing house to take care of things like that.

Ernest: At the end, I’d like to ask for sharing some of your current writing projects.

Abby Geni: Right now I’m deeply invested in the new novel I’m writing. However, I also have my next book on the mental burner, bubbling away. I tend to always have two projects going at once: the story I’m currently writing, on the screen in front of me, and the dream of the story I want to write next, floating in space, ethereal and bright. It helps me to be able to move back and forth between the reality of writing and the dream of writing. Both stories tend to be enriched through the process.

Ernest: Abby, thank you very much for taking the time for this correspondence. I look forward to seeing more of your wonderful literary work.

Visit www.abbygeni.com to learn more about Abby Geni and her work.