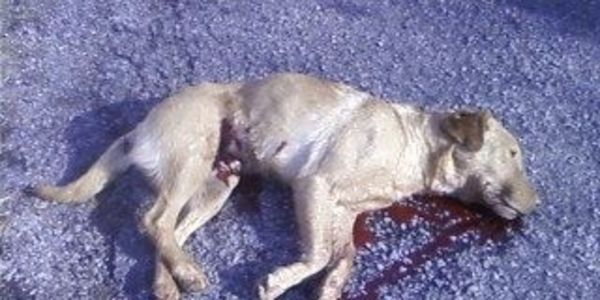 “Wendell Kelley needs to be arrested and prosecuted to the fullest extent,” says the Care2 petition page launched in response to the killing of the family dog Bryan in Hohenwald, Tennessee.

According to the Care2 post, Bryan was shot dead by Wendell Kelley, an off-duty postal worker, on February 10, in front of Peggy, 13-year-old daughter of Bryan’s owner. Kelley shot the dog three times while Peggy ran to the scene on hearing the first shot and cried in fear and grief, asking Kelley to stop. He didn’t. Instead, as the Care2 page tells, he said he’d “shoot the rest of them.”

Like most dog killers, including cops who sometimes shoot dogs during investigations at people’s houses, Kelly is said to be making the excuse that the dog was attacking him. The owner denies any claims of Bryan being aggressive, saying he never attacked anyone.

The petition demanding justice for Bryan has been signed by more than 40K people to date and is short of about 800 signatures to meet its target of 42K. It also includes the contact information of Sheriff Dwayne Kilpatrick, whose jurisdiction the case falls in, and the petition asks supporters to contact the sheriff to ask for a thorough investigation into the Bryan’ killing.