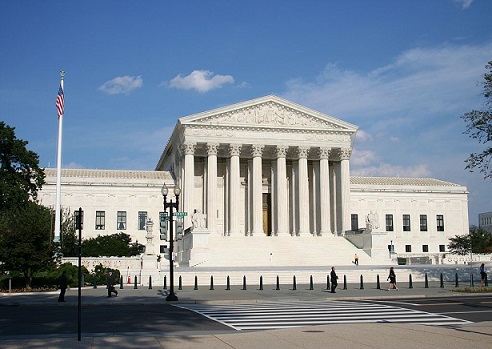 The next Supreme Court session for the New Year is set to begin the first Monday of October 2016. The Current Supreme Court justices are John Roberts 61, Anthony Kennedy 80, Clarence Thomas 68, Ruth Bather Ginsburg 83, Stephen Breyer 78, Samuel Alito 66, Sonia Sotomayor 62, and Elena Kagan 56. This is a much younger court than it has been in years past, however the tendency has always been to appoint someone that is a little younger so they may be able to serve for a longer period of time.
President Obama will try to push for an appointment before he will leave office early next year, while Republicans will try to block such actions until after the new President takes office. Upcoming cases include such issues with technologies, electronics, corporations, as well as executive actions from the executive branch.

Legal theories of Supreme Court Justices often vary from what Antonin Scalia was, an originalist. Meaning, one that interprets the written constitution as meant by those who drafted and ratified it. Based on what a reasonable person(s) living at the time of its adoption intended it to be. Then there is the legal theory of more of a Ruth Bader Ginsburg that believes in more of a living breathing constitution. Meaning, the constitution must live and evolve into a more current document of modern implications.

Unfortunately, as with Economics, where the battle of ideas forced all economist into becoming either a Keynesian economist (Controlled and regulated economy) on one side or side more with Friedrich Hayek and the Austrian School of economics (more free-market based economy), law and legal theories are the same with not much room for those that may be more in between auguring points of view.

Much can easily be said of who would be the best replacement, yet not much is ever said by smaller points of view and legal theories within the often very narrow viewpoint(s) of those in charge of the appointment itself. It remains to be seen which (if any) effort will be made to overcome an increasingly polarizing judicial system to bring a balancing to the United States Supreme Court.