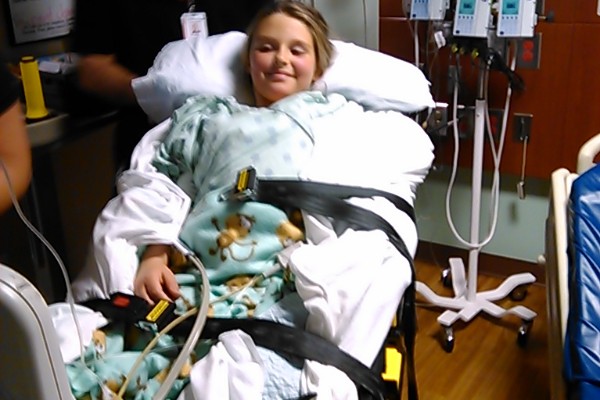 The risky business of vaccination once again struck a believer in the safe vaccine myth. It happened in Galveston County, TX, where a young girl became paralyzed after she was vaccinated for flu.

ABC News was one of the several media outlets that published the story of 9-year-old Brianna Browning – a 4th grader – who was in good health and spirit until October 15th when she was given a flu shot at her school. The story says eight hours later, she was seriously vomiting and sick.

By the next day, Brianna became literally paralyzed waist-down and blind and she is still in the woods –under care at Texas Children’s Hospital. Her parents are convinced her sudden and extreme illness is the result of the flu shot.

But the so-called doctors, who don’t speak against the vaccines, seem to be in denial. ABC quoted such a doc named Dr. Umair Shah, the Executive Director of Harris County Public Health and Environmental Services, who was insistent that the flu shot is safe.

“There are some cases, very rare, that a flu shot has a more severe reaction and those reactions are minor in terms of the number of people who are going to get those,” Shah was quoted on flu vaccine safety.

So the doc admits that the flu shot has “some very severe reactions” but to defend the vaccine against bad publicity and be pharmaceutically correct, he went on singing the pharma-mantra: “the reactions are very minor.”

If paralysis and blindness are minor reactions, probably death is also considered not significant. After all, these docs treat hundreds or even thousands of patients a year, and to them, death of a patient is no big deal.

Both paralysis and blindness are known to be associated with the flu shot as adverse effects.

The important part of the story is that the victim’s family has set up a fundraiser for Brianna’s rehab costs. It’s great to help kids as Brianna and people should donate to provide immediate help. But in the long run, it’s deleterious to rely on such a system where taxpayers pay the government to protect their live and the government imposes vaccination on them, which can disable them for life or put them at great risk.

Interestingly, the federal government also runs a vaccine injury compensation program where taxpayers’ money is used to compensate victims of vaccines. Brianna’s family certainly need to sue the government or the particular flu shot program that left their daughter crippled.