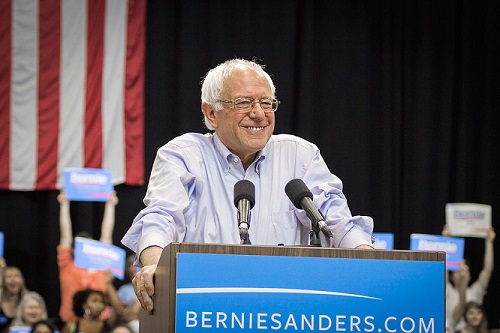 When politicians try to sound scholarly, it’s a disaster on and off camera. The recent statements of Bernie Sanders on climate change and terrorism have earned him some ridicule – and rightfully so.

The prominent Democrat Presidential candidate for 2016 is sticking to his assumption that climate change is the cause of terrorism and is the biggest national security threat. Taking science and turning it into political clay to create his castle of ridicule, Sanders reportedly tries to connect terrorism to climate change by claiming that drought caused by climate change leads to fight over resources and this leads to terrorism.

One way to save time and energy in bashing Sanders is to outright label him as a nut and get back to work. After all, when claims are shot out at public without any scientific evidence or a good logical backing with analysis, it’s better not to heed such attention-seeking stunts. But at least people would ask for examples of what a claim suggests. Sanders never offered any real-life examples of how this has happened and what adds weight to his belief.

Of course, a leftist propaganda publication like Time would come to Sanders’ rescue by creating a humbug rhetoric of clichés like “experts” “research paper” blah blah blah. But that boat sent for rescue drowns with the man whose ignorance weighs more than the up-thrust of water required to keep him floating.

By the way, it’s not the first time Sanders has slaughtered science and reason. He did it with his vaccine-promoting agenda, and evoked a huh? response from many skeptics of vaccine efficacy and safety.