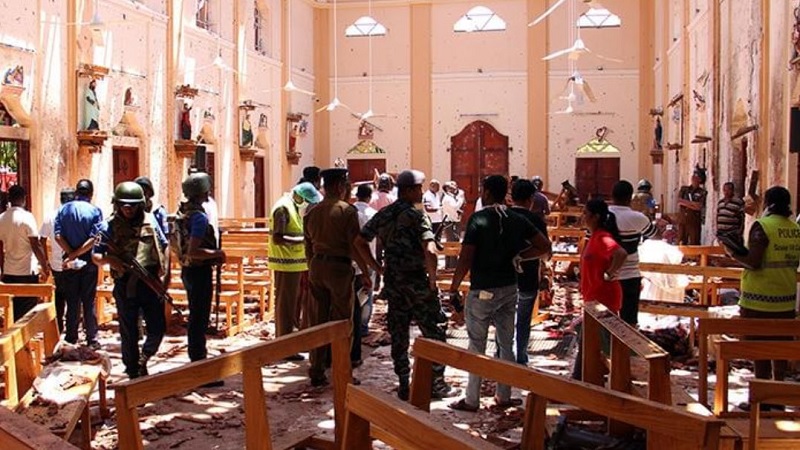 The horrific series of suicide bombing attacks on churches and hotels in Sri Lanka on Sunday shook the entire world. Yet mainstream media seem to be reluctant to call it the act of Radical Islamic Terrorism.

The attacks killed more than 200 people and left around 450 injured, as reported on Russia Today. That is something the globalist mainstream media also reported and tried to focus on the horrors of the attack – saying least about the identity of the attackers. Yet, more than one source have already reported at least some names that were behind this attack – and lo and behold, they are so very typical Muslim names.

Citing Indian media sources, the Russia Today post named at least 3 persons – Mohamed Azzam Mohamed, Zahran Hashim, and Abu Mohammed – who carried out some of these attacks. Certainly there are more behind this seemingly very coordinated and planned attacks that specifically targeted churches on Easter.

The Guardian and other sources say Sri Lankan authorities have arrested 13 people so far.

A police source told AFP the 13 men were detained at two locations in and around Colombo, and that the suspects were all from the same radical group.

The Sri Lankan government has imposed a ban on social media to avoid riots possibly resulting from revealing the background of the radicals involved. Interestingly The Guardian excluded the mention of radical Islamic terrorists when it wrote that Sri Lankan intelligence had received warnings 10 days ago that such an attack.

Sri Lanka’s prime minister, Ranil Wickremesinghe, said on Sunday night security services had been “aware of information” of a possible attack. Local intelligence had received warnings 10 days ago that “prominent churches” could be the target of suicide bombers.

But The Australian didn’t. It wrote:

Sri Lankan authorities have confirmed police were warned of a potential terror attack by radical Muslims 10 days ago but did not act on the intelligence.

So in essence, it was the Radical Islamic Terrorism complemented by intelligence failure that bathed Sri Lanka in blood on Easter.

It’s only been a month since Christchurch shooting in New Zealand allegedly by a white nationalist and the words “white nationalism” and “Islamophobia” were literally on billboards held by leftist propaganda mobs (aka media) and Islamist liberal politicians in the west. And now, we’ll see this different side – in fact we are already seeing it – this side that becomes the apologist, the non-blamer, and the attention-diffuser that preaches terrorism as a common global issue and no single group to be blamed for it. Expect some more rhetoric weaved around the generalized “hate” and “intolerance” while avoiding a focused discussion on radical Islamic terrorism. Propaganda media are at it already.