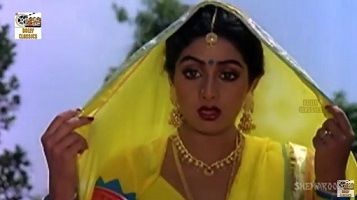 Last week, India lost one of its all-time most popular and talented leading lady in the history of its cinema—Sridevi. None of those growing up in the ‘80s and onwards in this region, who watched movies, would be less than shocked at her death, at a fairly young age of 54. There are surely many who still find themselves in a state of disbelief over the tragedy.

Sridevi’s death case immediately became a mystery as stories of her death in a Dubai hotel left out important details and raised big questions. How did an apparently healthy woman die suddenly in a hotel room where she had stayed alone for two days? When exactly did she die and who really discovered her body? Most importantly what caused her death? Media stories continued to change hour to hour with things apparently not adding up. And they still don’t, although the Dubai authorities chose to close the case and call it “accidental drowning” (just by autopsy and without a full probe).

But when Sridevi’s dead body was brought to India for cremation, another very familiar feature of Indian culture was caught on cameras—the culture of swarming places and getting life difficult for people, including grieving families and friends of the deceased.

Obsession with celebrities crosses the fanatic mark in Indian society (and it’s regional psyche observable in Pakistan as well). Not only fans swarm these places restlessly but the unprofessional and rating-hungry media mobs supersede even the general public in celeb obsession. Sridevi’s wake at a sports complex was no different a scene. A high police presence for security, a metal detector gate by the entrance to the venue, and media mobs blocking the passage of visitors presented such a chaotic scene of noise and crowding that at first sight, it appeared to be a major political or social event went wrong.

One such moment of chaos caught on video shows actress Sonam Kapoor, niece of Sridevi’s husband Boney Kapoor, losing her cool and yelling at those blocking her passage to the entrance. Perhaps that glimpse of irritation with the noisy crowd behaving wild and insensitive speaks volumes about the diseased culture in Indian subcontinent that knows no respect for personal space and no care for the emotion of others, but mere self-seeking moments of being out there and act important, as it all that matters is to be part of a crowd.

Grieving families need emotional support. But to show that support in ways that don’t make it an offense is something this oriental culture still needs to learn.