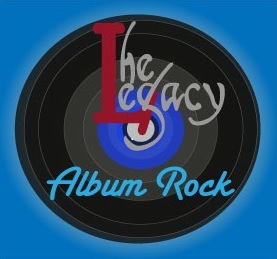 How many remember the way it once was. FM radio was, more or less, a free market, unhampered by corporate playlists and the restrictions they impose. Many FM stations were owned by colleges, their approach to music was simple. They would play the music nobody else touched. Most of the format featured deep tracks from albums, songs that never got played on the traditional market.

And so it was until the mid-late eighties. Slowly, corporate entities began working their way in to the mix. In order to generate profits from advertisers they established playlists which consisted of the most popular songs.  The radio stations that were owned by the major conglomerates had no choice but to stick to the program; rarely if ever were the rare gems of yesterday played on the air.

Another harmful aspect of this policy has been that new artists are having difficulty getting their music played, it takes a great deal for an artist to break out as it is, and the present focus of the big boys on the block does not help.

The corporations who own most of the traditional radio stations, have realized, too late, that they have cut their own throats in the process. The emphasis on the most popular tracks has driven many listeners to the internet for their radio listening. Those of us who are tired of the same revolving door of music are depending on the internet to fill the bill.

One such internet station is The Legacy. This hobby station plays the rarities you don’t hear on other stations. They don’t get money from the big corporations; they don’t want it if it means the restrictions that other radio stations are subject to. They depend on donations from listeners, and they depend on us, their loyal fan base to spread the word. The music they play is varied, it stretches from the late sixties to the mid eighties. It is a mix of album roc, classic rock, and progressive music, most of it the music that the big stations ignore in favor of profit.

If you would like to hear this station, go to their website, WWW.thelegacy.shorturl.com. Their phone number for requests and comments is 1-252-506-9299.