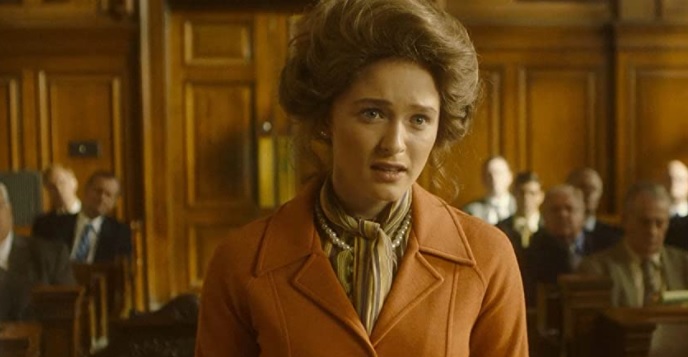 There is one movie the liberals don’t want you to see—Roe v. Wade (2021)—which is why you need to see it to learn about the hidden details of events that led to the historical Supreme Court decision of 1973 on legalizing abortion.

Written and directed by Nick Loeb and Cathy Allyn, Roe v. Wade tells the story of how a pro-abortion doctor and his like-minded allies started a nationwide campaign of abortion, lead to a political battle with pro-life advocates. In the midst of this battle, a young pregnant woman Norma McCorvey (Summer Joy Campbell) chanced up on the abortionists and became the perfect subject of deception to be used in the legal battlefield.

The movie’s publicity has been suppressed in the media since it does not serve the political agenda of the left and their media networks. Instead, it shows how a series of shenanigans and political as well as social influences played out in the ruling of the Supreme Court judges to legalize abortion. Far from being an anti-women rights movie, Roe v. Wade in fact does the opposite: show the men and women who fought against the abusive practices of abortionists that exploited women’s vulnerabilities for their own corporate and political interests.

In style, Roe v. Wade is a cross between docu-drama and a regular feature with Dr. Bernard Nathanson (Nick Loeb) telling the story in first person voice-over. At the end of the movie, clips of the real-life Dr. Nathanson and Norma McCorvey are shown with closing credits wherein they repented their pro-abortion views. In real life, both became anti-abortion activists. The dramatization mixed with voice-over segments works well for the movie and results in a confessional narrative that puts the events of the plot in flashback.

Well-written, filmed, and edited, Roe v. Wade is a highly inspiring film that shows it’s never too late to correct one’s wrong. At the same time, it’s very educational and informative, particularly for those interested in history of abortion and women rights, showing what it really took to win a political battle for a cause that did immense damage to feminism and justice in the long run, namely abortion advocacy. No wonder the leftist mainstream media and the discredited critics rated the movie poorly.