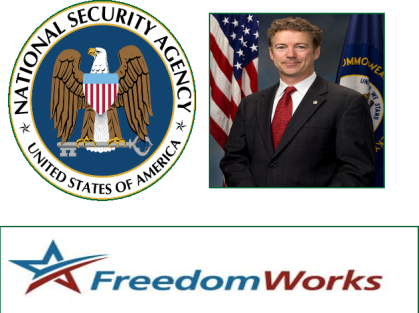 Americans. The Hill reports that the lawsuit seeks judicial order to NSA to immediately cease its surveillance program and purge all the records acquired over the past five years.

“We must stand up for our rights now – tomorrow may be too late,” reads an email message from Matt Kibbe, President and CEO of FreedomWorks. Kibbe’s message informed recipients of the message that he, Rand Paul, and Ken Cuccinelli, were filing a lawsuit against the Obama Administration, suing NSA.

FreedomWorks has also launched a petition to gather support for its lawsuit against the Obama administration over NSA spying. The petition page shows it has got the support of 27,598 people already.