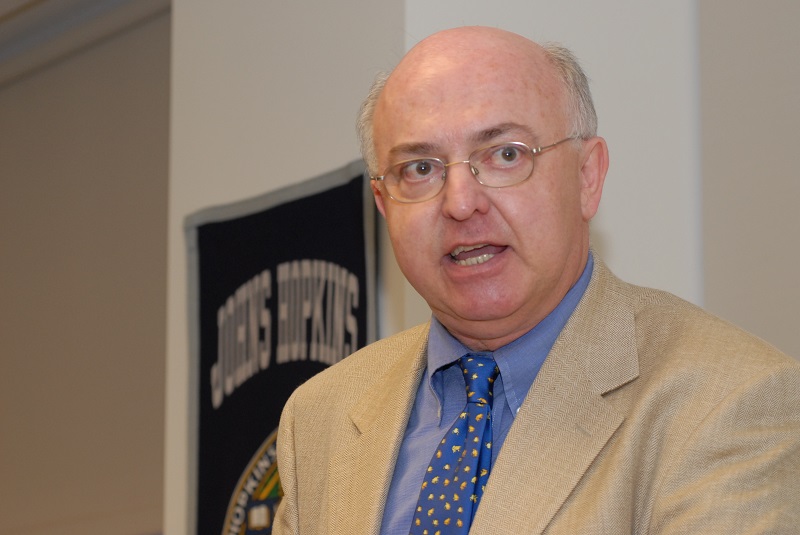 In his more than twenty books, John Hopkins’ Professor Benjamin Ginsberg has written in detail about the politics, economy, and sociology of violence and war. His 2014 book The Worth of War, shows readers the flip side of war: its role in technological advancement of nations, spurring economic development, and above all, putting myths and collective irrational beliefs to test. As readers would notice in the following conversation with Ben Ginsberg, the scholar underscores that war actually is the answer to terrorism.

Ernest: Ben, ahead of other questions, I’d first like to let you tell a bit about the title of your book – “The Worth of War” – as it may to some readers sound like something that supports or endorses war.

BG: The title “Worth of War” does not mean that I endorse war or that I am fond of war. The title is actually a response to a bumper sticker that I often see claiming that “war is not the answer.” In actuality, the validity of the answer depends in part upon the question and the worth of war is that it answers some of the most important questions of political life. War usually determines what states will and will not exist, what territories they will govern, and who will exercise power within their borders. Attempts to decide these matters through peaceful means are usually brushed aside by those ready to make use of war and violence. Please note that ISIS achieved control over a swath of territory by making war and can only be dislodged from that territory by force of arms.

Ernest: As you discuss in the book, war works as an agent of rationality, although I have heard many say war itself is irrational or nonsensical. Do you see any reason why war doesn’t make sense to some people, especially to advocates of non-violence?

BG: War is a terrible thing so we shy away from thinking about it from any positive perspective but the ability to think clearly about war is necessary for survival in a world where not everyone shares our peaceful inclinations. Inability to think clearly about war can be disastrous. The great Greek historian Thucydides called war a stern teacher. By this he meant that those unable to thing rationally and to eschew wishful thinking were likely to find themselves defeated or annihilated. As to non-violence, the term is a misnomer. It consists of disruptive conduct often designed to incite violence on the part of its opponents. Why should those who incite violence claim higher moral ground than those who are incited? Nonviolent protesters, moreover, often depend upon the protection of allies capable of using violence on their behalf. Dr. King ultimately depended upon federal authorities to protect his movement.

Ernest: How does the modern war on terror, which is again intensifying as we speak, fit into the rationality argument that you develop in your book. What myths or delusions has this terror-and-counter-terror conflict dispelled?

BG: Many seem to believe that terrorist movements can be defeated by moral suasion designed to prove to the Muslim population from which they draw their support that we bear them no ill will. Many Americans cannot heed the idea that better communication, better understanding, and so forth will not lead to peace and harmony. Groups can know one another perfectly well and still view one another with fear and loathing. Terrorism can only be defeated by force, not by winning hearts and minds.

Ernest: I wonder if the depiction of war in textbooks and media serve to dispel myths about war or create certain myths of its own. For example, I have heard things like nuclear-bombing of Japan was necessary to protect the world from complete destruction. Does this kind of thinking qualify for war-induced myths?

BG: Many myths arise in wartime. Successful policy makers learn to see past mythologies and face the truth. Both Hitler and Stalin entered World War II filled with delusions based on their respective ideological preconceptions. Hitler was never able to see past Nazi ideology, which led him to brutalize the Ukrainian peasants upon whom the army depended for food, to say nothing to forcing all of Germany’s nuclear scientists to flee. Stalin, on the other hand, successfully overcame his ideological blinders, turned the army over to Zhukov, and saw his nation triumph.

Ernest: What important cultural transformation have you observed, if any, in the developed west – particularly in the US – since 9/11?

BG: 9/11 seemed to shock America into some sense of its vulnerability and the need to be more watchful. Yet, large numbers of Americans seem complacent and are often reassured by politicians, who declaim that the terrorist want us to change our lives, that somehow this would represent a victory for them. That is utterly naive thinking. What the terrorists want is to kill us, not force us to change our shopping habits.

Ernest: Let’s talk about propaganda, as you discuss it in the book in relation to war. Do you look for missing or possibly suppressed information in popular media outlets?

BG: All governments release self-serving claims and attempt to hide potentially damaging information. Citizens should treat all claims with caution. I seem to recall that only recently President Obama claimed that his strategy had brought ISIS to the verge of destruction. The rule for citizens is always to be cynical. Public officials tell us not to be cynical, as they lie. I believe it is impossible to be too cynical.

Ernest: In regard to “War and Economic Progress” that you discuss in the book, do you think there are enough public or declassified information files in the US admin that show major battles or wars launched specifically to benefit the weapons industry?

BG: I don’t believe that wars are fought for the benefit of the weapons industry. Military contractors benefit from constant preparation for war. Actual wars tend to be followed by periods of disarmament and military retrenchment.

Ernest: The NSA leaks of 2013 had a massive impact on people’s… should I say, state of ignorance regarding their online privacy. How has Snowden’s whistleblowing made us more insecure, secure, or simply aware?

BG: Popular government requires some ability by citizens to shield their activities from the government and considerable transparency on the part of the government. The published materials purloined by Manning and Snowden show a government anxious to classify everything it does, mainly to avoid embarrassment and eager to probe the private lives of millions of ordinary Americans, claiming to be searching for terrorists. Then, of course, we discover that actual terrorists can rather easily avoid detection and only ordinary citizens are vulnerable to government monitoring. Not a happy state of affairs.

Ernest: Ben, thank you for sharing your expert opinion on this interesting and important issue.