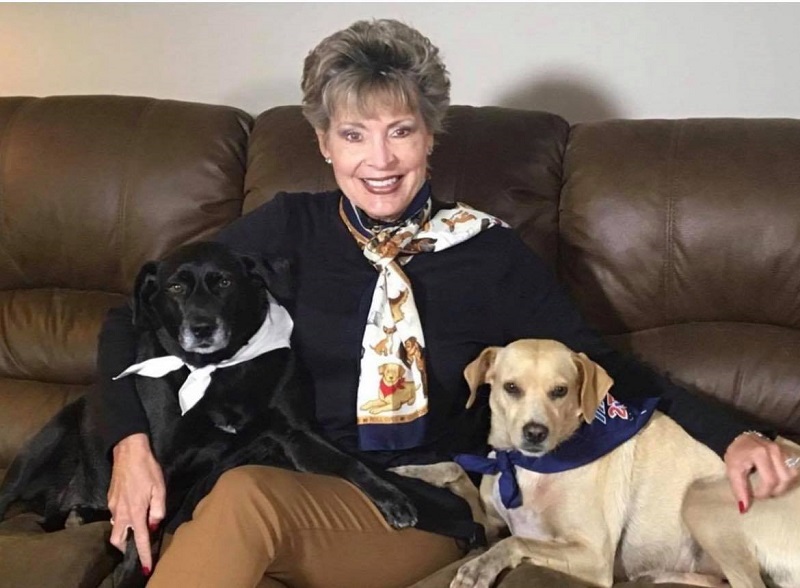 Darcy Butkus is a private investigator who dedicates her work to investigating and exposing scam animal rescues.

How often do we see posts in social media showing sickly dogs and cats and asking for donations for their care? How often we think how amazing these rescues are, working so hard to save the abandoned and unfortunate. Sadly, not all rescues are on the up and up, and many use the dogs and cats to line their own wallets.

Darcy, founder of Inspector Bark, granted us an interview and gives some eye-opening information on the world of scam rescues.

1) When did you become a P.I. for animals/animal rescues?

Darcy: I became a licensed private investigator in Georgia on May 17, 2017. After completing my two- year internship I was eligible to apply for my own detective agency in 2020. After mounds of paperwork and an exceedingly difficult test to pass for the state, I successfully became the proud owner of my own detective agency which I named Inspector Bark.

2) What prompted you to pursue this line of work?

Darcy: I witnessed too often the fraud, deception & lies that drove me to become a PI. These individuals use the backs of these animals to profit off.  A high percentage of these rogue rescues, the founders do not work outside of the rescue, therefore many of them use donation dollars meant for the dogs to supplement their own income.

I am seeing a trend among many of these individuals. Several have liens, judgments, bankruptcies, and evictions on their record. Some even have extensive arrest records.

We are experiencing a pandemic in this country, but we are also experiencing an epidemic with something I refer to as ‘The Underground World of Dog Trafficking.’ These scammers have figured out a way to pull on people’s heart strings, since it is so much easier than punching a time clock.

3) What was the first case you investigated?

Darcy: Death Row Dog Rescue, in Southeast Florida. About 11 years ago. Not even a rescue. Diana Peters, the founder of this fake rescue was not registered with the state to solicit donations. And, not a 501c3. Dogs were not being properly vetted, outbreaks of parvo, constant dog fights. Peters attempted to sue me. When whistleblowers blow that whistle the scammers hate that. They will use the donation dollars meant for the dogs on frivolous lawsuits.

4) What was the outcome of that investigation?

Darcy: It was a group effort. We reported Diana Peters to the Department of Agriculture. We worked alongside the Code Compliance Director for the Town of Davie, providing crucial  information they needed to shut her down. The Town of Davie was very proactive in getting her shut down.

The State put Peters in compliance. I continued to spread the word about how she was deceiving the public. She then attempted to sue me for exposing her as a fraud.

5) How many cases have you investigated to date?

6) Do the local law enforcement agencies, county animal controls, agricultural inspectors back you and follow up on your investigations?

Darcy: This is a very excellent question, which is also a difficult one to answer. The public thinks these agencies are working to protect the animals.  Sadly, that is not always the case.

I get terribly upset and frustrated when those that are supposed to protect the animals do not.

This quote pertains to many within the animal welfare industry. They see so much on a regular basis that it is just “Old Hat’ to them. So many times, phone calls never get returned and emails go unanswered. They no longer care about these poor defenseless animals.

7) How do you receive tips/ information on what rescues to investigate?

Darcy: Most of the tips come into the Facebook page called, The Bad & The Ugly in the World of Pets.  Also, my own Inspector Bark Facebook page.

8) What are some of your success stories?

Darcy: Anytime I can save dogs from a toxic environment is a success story. Every time I expose scam artists and make the public aware is a success story. It is a wonderful feeling and accomplishment. Persistence, perseverance, and tenacity does pay off. I donate my own time and dime to helping the voiceless. I spend numerous hours requesting public records, writing emails, making phone calls, and compiling evidence & data. I do it ALL for the animals.

Hopefully, an organization will see the hard work I put into this and fund my endeavor.

My goal is to secure monies for legal representation for those who want to come forward. They are fearful of the ramifications, because they can not afford a lawyer. Many whistleblowers won’t come forward because they get threatened by the scammer that they will sue them.  And of course, they will use donation dollars meant for the dogs.

9) How can people be more aware of scam rescues and better identify them?

Don’t believe everything you are  told on Facebook or any other social media platform.

Don’t donate to a rescue that is clear across the country. Visit a local rescue or shelter in your own community. Inspect their facility. Most are by appointment only. The rogue rescues require this, for they do not want you to see the deplorable conditions that the dogs are living in.

10)  If people suspect a rescue is a scam, how can they report it?

Darcy: Call your local animal control department. If the rescue claims they are a 501c3 nonprofit, don’t take their word. Check on the IRS website. Check to see if they are licensed with your Secretary of State or the Department of Agriculture. Document everything. Get the name of whom you are speaking with.

11)  You also do a podcast, what can you tell us about that?

Darcy: The podcast is a platform to discuss current cases/events that have occurred in the US. pertaining to animal abuse/neglect cases. We discuss rescues that have been in the news in a negative light. We are seeing more “fly by nights” that say they are rescues, only to find out they are using the animals to scam naïve animal lovers.

12) Where can people read more about your work and where can they follow you?

Darcy: I hope to have sponsorship from within the animal welfare industry in the near future.  Vamp up my InspectorBark.com website. In the meantime, they can follow the Facebook pages that help to expose bad people doing bad things to animals.

I believe the animal welfare industry is also seeing the turmoil that is occurring with these so called rescues that are NOT regulated by the government.

The IRS is handing out the 501c3 tax exempt status to every Tom, Dick & Harry. However, the IRS does not regulate rescues, nor does any other government  agency. It is up to TRUE animal lovers, advocates & activists to be the “police” for these animals that do not have a voice.

Special thanks to Denise Carey for taking the time to interview me.