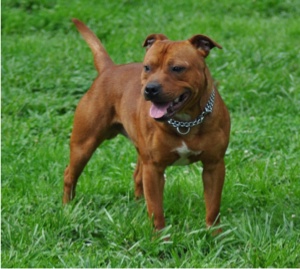 In the 21st-Century we still live in a world where grownups fail to be responsible enough and ultimately get a pet put on death row. The latest incident in this never-ending horror series is reported from Horizon City, TX, where a young boy was mauled by a pit bull.

The story is not new, just different names and location; else is the same: unsupervised child gets out of his house as his parents are not around; goes inside neighbor’s house, who are not home but whose house is not locked despite dogs in the backyard; and the child tries to pet a dog who is not only stranger to him but also chained – entirely on defense. What do you expect to happen next? Tragedy of course – an injured child and a dog facing execution.

The big question – again – comes: who really was responsible and whether they will be made accountable? Or what I would like to ask is whether the authorities have sense enough to see beyond the teeth of the dog and blood of the child. If they could, they would be taking more concrete measures to prevent such accidents in future.

Neighbors close to the incident have reportedly expressed their opinion of the situation, saying the pit bull was not to blame for the tragedy. As the child comes out of danger, thanks to emergency medical help, the story reminds us of need for more responsible parenting and proving responsible neighbors.

2 thoughts on “Pit Bull Mauls Kid in Texas – So Who Is Responsible?”