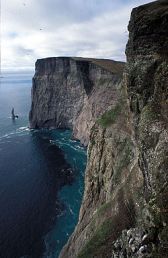 Stop Statoil’s Arctic Rage – runs the slogan on a banner held at by Greenpeace activists who occupied an oil rig in Barents Sea near Norway.

An email alert from Greenpeace called on all supporters to sign an online petition that demands the Norwegian Government to protect Bear Island from the planned drilling venture of Statoil.

“If a Statoil rig leaked, oil could engulf Bear Island in seven days and be nearly impossible to clean up. Norway’s environment agency had suspended Statoil’s license to drill while the dangers were reviewed. But yesterday, the suspension was lifted.”

Greenpeace believes massive international pressure is the best way to stop oil industry from destroying the Arctic and its ecology.