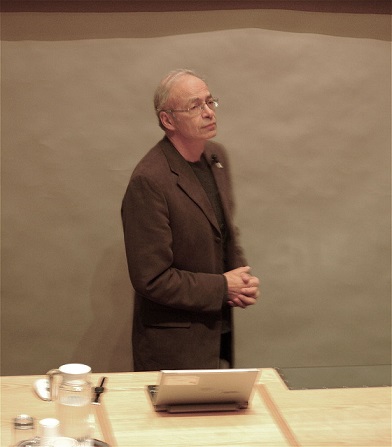 Peter Singer has been in news again lately, and stirring controversy again – not surprising. One of the founders of the modern animal rights movements, Singer is under fire for a radio show in which he is said to have called killing of seriously disabled babies justifiable.

Hasson’s story literally doesn’t show that Singer actually spoke approvingly of the denial of treatment to disabled infant, but that he just gave a neutral statement of fact that goes as:

“If an infant is born with a massive hemorrhage in the brain that means it will be so severely disabled that if the infant lives it will never even be able to recognize its mother… doctors will turn off the respirator that is keeping that infant alive.”

So Singer isn’t saying, in these words at least, that he agrees with doctors denying these children life-saving treatment; he is saying that doctors are doing it, or will do it. There is no “should” in his words.

But as Hasson takes the discussion back to the context, referring to Singer’s earlier statements, the question raised becomes an ethical challenge: is it ok to deny the right to live to those having serious disability especially just-born infants who are not “person” yet?

Hasson’s citation of Singer’s words “membership of the species Homo sapiens is not enough to confer a right to life” – from an earlier article – is certainly out of context. Singer was clearly evaluating the argument whether lives of pregnant/in-labor moms should be put at risk for saving the unborn infant. He concluded that we should put the woman’s life over the unborn infant’s; and that makes perfect sense, choosing the lesser of the evils as a woman is a wife, daughter, mother (to other children), sister and has other social roles and emotional bonds.

But Singer is not saying to kill the infant when there is no risk to the mother. It will be an ethical and logical challenge to those who would argue against his position.

The problem with most readers and writers is that they can’t help projecting their own beliefs, prejudices, agendas, and what not onto – and well, mixing into – an opinion, report, or story. This way the all-too-dumb readers is fooled into buying the seller’s own mess.

Now when WND says Peter kept referring to infants as “it”, it’s certainly part of Singer’s philosophy and activism for animal rights to challenge the definition of human in terms of the “person” versus “non-person” – i.e., someone who has certain capabilities and potential versus someone who cannot have these; how else could you argue for animal rights when those favoring animal slaughter regard them as devoid of language and reason, part of food chain, and other abilities and hierarchical inferiority? If killing animals on these grounds is justifiable then so is doing it to babies permanently disabled to the degree where they won’t speak or be able to become the “normal” rational individuals for which they are valued as something forgivable.

Singer is one of those philosophers who have thoroughly exposed the faulty human reasoning and rationalizing backing animal slaughter and abuse. And certainly the traditional person can’t forgive him for getting in the way of his beefy food plate. That says more about them than they could say about Singer’s alleged anti-life position.

My take on abortion – only if the woman’s life is seriously in danger. And on deciding about a severely disabled infant’s right to live… why deny them the right? What is lost if we let them live? Money/ Well, I care more about the presence of a disabled infant in his parents’ life than the unnecessary space projects and millions of dollars of vacations for heads of state and their waste of funds on corporate interests. So doctors denying treatment to any babies, regardless their condition, need to be in jail.