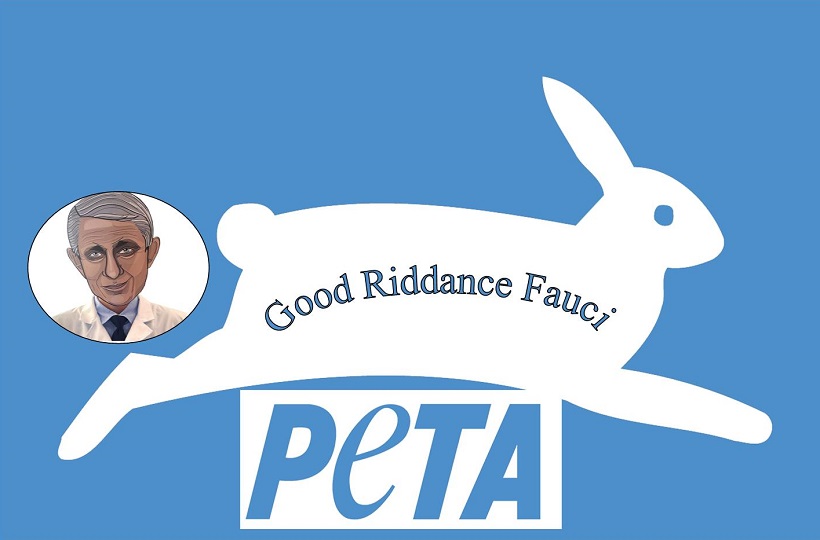 Through two years of the manufactured pandemic, the so-called COVID-19, Dr. Fauci has been exposed as a fraud and a criminal. He is an elite criminal, who operates above the law, and is protected by the powerful criminal agencies parasitically feeding on taxpayer’s money. Now that Fauci has announced he is leaving, not only are people aware of his crimes relieved but animal rights advocates are also happy for the news.

Last month when Fauci announced he would resign in December, People for the Ethical Treatment of Animals (PETA) welcomed the news. As Breitbart reported on August 25th, PETA activists celebrated Fauci’ upcoming departure from the National Institute of Allergy and Infectious Diseases (NIAID) by putting on dinosaur costumes and party hats, and dancing and cheering outside of the HHS (Health and Human Services) headquarters. 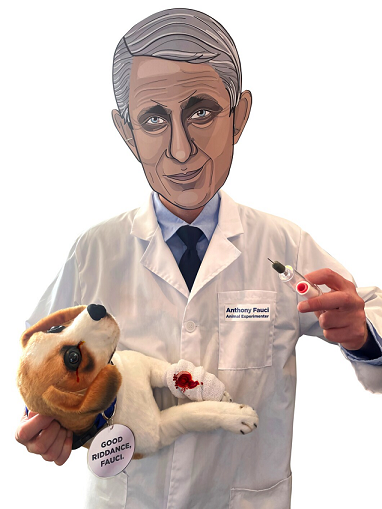 As the story reminded via the citation of Ingrid Newkirk, President of PETA, Fauci showed unspeakable cruelty to animals by approving their torture in lab experiments in the name of research. As Newkirk put it:

Dr. Fauci has poisoned animals, he’s put beagles in tents with insects all over their heads, he’s had transgender experiments on animals which make no sense at all.

While smaller animals like rodents are routinely tortured and killed in labs, virtually no animal I safe from the reckless lab science and dogs, monkeys, and pigs are some of the most frequently tortured animals in various experiments. Monkeys are often captured abroad and transported to the United States and other developed countries or torturing and killing in labs.

Will Fauci’s departure make things better for animals or humans in the dark world of biolab research? Not likely. Fauci will simply be replaced with another Fauci, who has a different name and face but same attitude and ambitions and lack of compassion. The only thing that will stop this dark world of torture and abuse is strict accountability and penalties for people like Fauci as well as defunding and disbanding the pharma-run business of biolab research.