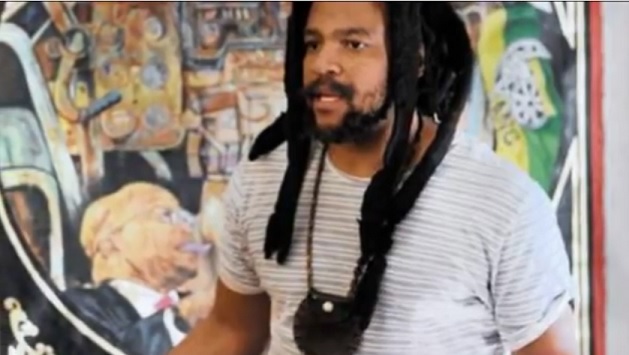 A picture is worth a thousand words, so by corollary, pictures can have the impact of a thousand words. Perhaps it best manifests when art engages in politics or religion.

The recent incident of outrage following a “sex painting” as political commentary on South African political scene is a case of interest. The controversy is obvious and makes sense given that the painting by artist Ayanda Mabulu shows President Jacob Zuma raping the late Nelson Mandela. Quite crude, to say!

In free countries, art enjoys freedom of expression. Yet, as the story on South African painting outrage says, a work like this comes in bad taste. Art, traditionally, is associated with aesthetics and using paintings to replace verbal commentary is pretty clever. It’s like, “I am not saying something; it’s just what you see and are free to make whatever meaning you can/would of it.”

The serious versus non-serious or joking nature of visual art also makes the defining difference here. We so frequently see caricatures and cartoons making political commentary in papers and magazines. Those are taken on a lighter note and aside from few cases, where religion (particularly Islam) is offended, outrage over visual art doesn’t make news.

But paintings of figures in a situation like the above, as against caricatures, come with an appeal to seriousness. Here people are expected to give it a serious thought as realistic human figures are depicted, not distorted ones. And we know what happens when you take something too seriously—getting offended, feelings running high, and even inciting physical violence.

Oscar Wilde put it the best as, “Life’s too short to be taken seriously.”