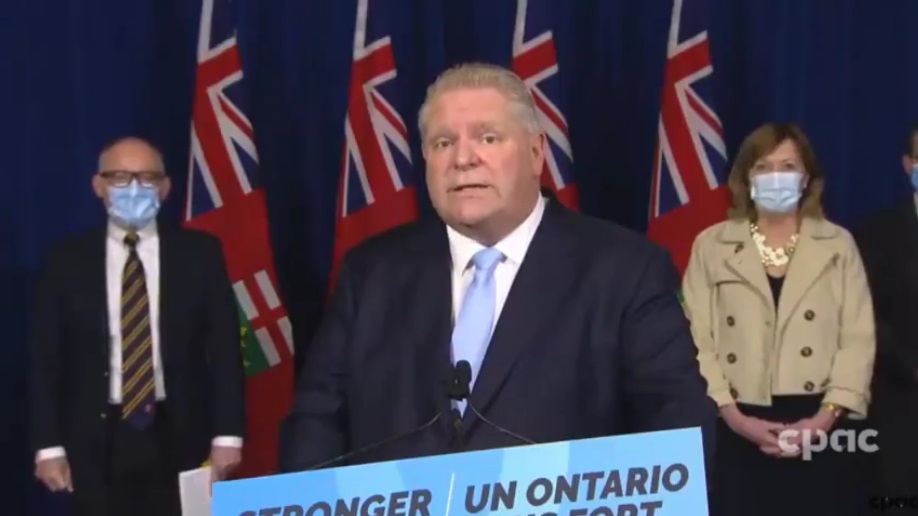 In his announcement today, Ford told that the requirement to show proof of vaccination for getting entry to many indoor venues in the province will end starting the 1st of March.

In his announcement, Ford said that he decided to lift the vaccine mandate on the recommendation of Dr. Moore, Ontario’s chief medical officer of health, and not because of the truckers protest occupying Ottawa. He called the protest “illegal occupation” of the capital.

But the obvious couldn’t go unnoticed as blogTO posted about the unexpected development just less than a week after Ontario Minister of Health, Christine Elliott, said they had no plans currently to drop the passport vaccination situation or masking anytime soon.

The suddenness with which Ford joined the provinces of Alberta and Saskatchewan in ending vaccine mandates shows the power of peaceful protests against the oppressive rule of leaders sold out to the global pharmaceutical mafia. If it weren’t for the large-scale protests of Canadian truckers, and others joining them, the pandemic hoax would be used for many more months or even years to enslave people into taking shots and staying muzzled.

In the United States too, ever-growing resistance to the illegitimate administration of Biden and his cabal have resulted in multiple liberal states dropping COVID mandates. To save face, the authorities have started propagating the lie that it is because of significant drop in the number of COVID infections that the mandates are not needed anymore. At this stage, leftists are torn between the need to extend mandates to keep rigging elections, and enslave people for corporate profits of pharma, and gather whatever is left of their political reputation and credibility. The political science has changed, so they are using fake news networks to convince people that it’s just a change in health science.