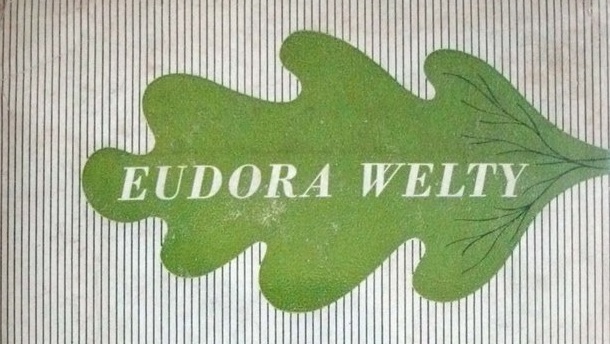 Published first in 2009 in The Audience Review (a publication of World Audience Books), this short review essay of mine touches on key features of  Eudora Welty’s character-driven short story Old Mr. Marblehall .

Set in the town of Natchez, Mississippi, Old Mr. Marblehall is Eudora Welty’s one of the few easy-to-comprehend stories. Telling about the sixty-six year old Mr. Marblehall, the author brings up the issue of living a ‘double life’, something we all do but never have the time and idea of reflecting on its existence. The uniqueness of the story lies in the manner Welty uses the same character to produce an account of its life by looking at it from different perspectives.

Old Mr. Marblehall begins with the character description of the lead character, a sixty-six year old man who ‘never did anything’ and ‘never got married until he was sixty’. Being portrayed as an old man, his person is generalized to represent all elderly folk: ‘Watch and you’ll see how preciously old people come to think they are made-the way they walk, like conspirators, bent over a little, filled with protection.’ Clearly, the issue touched upon is the lack of social importance which old folk receive at large. People who watch Mr. Marblehall out in the street can’t help saying ‘so well preserved!’ to his face and they can’t help saying cheerfully ‘one foot in the grave’ behind his back. This lack of social importance is countered by the self-protectiveness of our old man.

One sign of this protectiveness is his feeling of covering himself up: Marblehall is cold even in summers and always wears his thick, glowing coat of tweed.

Now meet Mrs. Marblehall, the ‘thick, elongated old woman’ who has spent her life trying to ‘escape from the parlor-like jaws of self-consciousness’. Her late marriage has induced in her a quality that runs counter to her husband’s apparent ease: ‘Her late marriage has set in upon her nerves like a retriever nosing and puffing through old dead leaves out in the woods.’

Old Mr. Marblehall is keen on hiding himself and she does everything out in a matter-of-habit fashion. No wonder that Mrs. Marblehall tends to be anxiously prominent on occasions, doing her hair like ‘a unicorn horn’, singing, and even writing some of the songs. And her unease does not leave her husband out. She is described as servile, sleepy, expensive, tortured, with her mind pinned to her husband’s diet.

The next perspective used to see old Mr. Marblehall is his six-year son. This little, amazing, and fascinating kid has a penetrating look with a certain vindictiveness about him. On his way to school with one of his parents, the child’s vindictiveness is seen in an instance of crushing a little green worm under his feet. This has special implications for the old couple: ‘everybody passing by thinks that he looks quite as if he thinks his parents had him just to show they could.’ Little Mr. Marblehall is the second human figure tied to the protagonist and betraying his apparent ease.

It is known of Eudora Welty to create characters living in many dimensions. Mr. Marblehall is no exception. The author briefly points to another, older, Mr. Marblehall who arrived in the town in 1818 and lived as an actor. This person (the younger state of our story’s protagonist back in his past) is now living the forgotten state in which people do not care about his existence, even though they feel his presence to the nines. The lack of social-psychological support from the townsfolk is a sign of indifference to someone who did not break the rules (marrying at an advanced age) but did not live by the expected behavior pattern either. All they can do to deny his existence is to get jealous of his preserve delicacy. This helps them keep their collective anxiety at bay.

The story becomes interesting when the readers are introduced to Mr. Marblehall’s second wife whom he has married under his second name Mr. Bird. It is here that Mr. Marblehall (or Mr. Bird) appears to be different but not unexplainable sort of person. He reads thrillers in his bed ‘to kill time’. The idiom ‘killing time’ indeed fits his delicacy well; killing time instead of allowing it to kill the softly-breathing person in him. His prolonged reading in bulb light (and that very leisurely) makes Mrs. Bird say, ‘he might just as well not have a family.’ The second Mrs. Marblehall is another thread of anxiety to which our seemingly indifferent hero is tied.

Still more revealing is Mr. Marblehall’s second little son who, for being so revealing, is called ‘the worst’ by the author. Not only does his presence suffice to complete the duality of Mr. Marblehall’s life but the old fellow’s double life is put to exposure through the imagined exploits of this second kid. No matter how indifferent and easy Mr. Marblehall might seem, he has still another string of worry attached. The question is ‘do all these strings stir any traces of anxiety in him?’ As the last passage of the story shows, they do; though not in the present, but mayhap in the future.

At the end of the Mr. Marblehall, we are taken to an undefined moment in the future when Mr. Marblehall’s ease is on the edge of collapse. He is shown as waking up ‘bolt upright in the bed under the naked bulb, his heart thumping, his old eyes watering and wild, imagining that if people knew about his double life, they’d die.’

This twist in the story is almost beyond comprehension. For the first time in the story, Welty exposes the most arcane side of Mr. Marblehall: his illusion that people are filled with appreciation for his single life that he has taken many pains to present as his only mode of living.

One thought on “‘Old Mr. Marblehall’ by Eudora Welty”