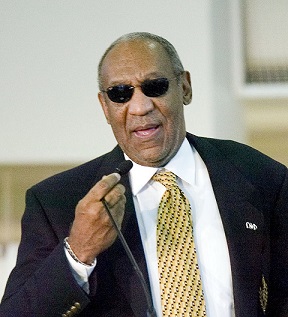 On Saturday, March 5, 1988, The Movie Channel featured the Bill Cosby Special, “Bill Cosby Himself.” I must admit, it was quite a performance. It was the very first time in my life that I have ever laughed at a comedian’s performance.

I remember an outing in 1972 when the students of the Texas School for the Blind were bussed to the auditorium in Austin to see a Bob Hope show that was in town. Some of the students found Bob’s jokes and antics funny. I did not. I am a very serious person who normally shuns comedies. The closest I have come to the genre is a group called Firesign Theater, a group of satirists who had a number of albums in the late sixties through the seventies. Most of their stuff can be heard on YouTube. I have some of their vinyl, even though it is worn out.

For whatever reason, I found “Bill Cosby himself” to be hilarious, and to boot, it was aired during one of the most difficult periods of my life. Unfortunately, my grandmother’s death was just the tip of the iceberg.

For this once, this world-renowned comedian, a native of Philadelphia PA brought some badly needed relief during a time when it was most needed, if not for once, appreciated. Never before was there a time that I laughed at any of his jokes, even though I have heard some of his albums before.

The regrettable fact of late, however, is that, for whatever reason, Bill Cosby has become known for something else. Dozens of women have come forward with allegations of the worst degree, allegations that this entertainer, once loved by tins, if not hundreds of Millions, drugged and raped them over a period of twenty or thirty years.

The result is this; a man who once commanded the respect of the many now finds himself disgraced in the eyes of the very many who once loved him. This is no laughing matter. If the allegations are true, and then proven in a court of law before a jury of his peers, then the full weight of law should be attached to his crimes, necessitating a life sentence and forfeiture of his wealth to the victims and their families.

The question for me is this:

“What gave a man who had the power of his sense of humor such a sense of powerlessness that he sought to gain power over his victims through sexual assault?”

What was the reasoning, and where was his rational mind? This is behavior that is exhibited by animals, as is the case with all predators. The law of the jungle prevails, it’s survival of the fittest.

I will take what I want, by force if necessary, in order to attain my own instant gratification.

On the other hand, if the allegations are unfounded by a lack of evidence, then the life and career of a man who has brought joy to many is forever ruined. What reason could the women have for destroying this man’s life? The obvious reason is money; these women see this as a way to get to his wealth. If this is the case, and they are found at fault, then they are doing by far the greater disservice, because this action makes it more difficult for people to see the real crime of sexual battery when it is presented beyond any doubt.

Even Rolling Stone magazine was forced to admit they made a mistake because of just such a case. We all remember that one. The magazine was found to be in the wrong, and that wrong has done incalculable harm to the rights of the true victims of sexual predators.

It’s bad enough when we have predators taking advantage of the internet to lure our daughters in to their traps, and when we have websites that promote this kind of activity. But it is even worse when the people who have been given the trust of the public engage in this kind of conduct, or the false reporting of it. In both cases, the women and girls who are the true victims, and consequently, our entire society suffers as a direct result of it.

Perhaps, it might, just might be that I would have no reason to defend Bill Cosby, if not for the one time that he brought a little light in to the house, so to speak, during one of the darkest times I have ever known. I would not make an impartial juror in the event that they picked me for a trial of a case like this one, because I have a bias in favor of our girls.

I care deeply about women, and while I see them as equals, I see them as being in need of protection. Call me ole-fashioned, but I am too much like my Dad. God forbid anyone who would hurt one of my friends the way that so many girls have been hurt. My heart goes out to them. But at the same time, in some way, my heart goes out to Bill Cosby as well. It’s not a matter of who wins, there are no winners here. This is no laughing matter, especially when the laughter has been silenced for the many, who, unlike me, have always enjoyed his humor and his talent. It may be that the real truth may never be known in this lifetime, but so it goes with many things we hear about.

We can only hope that some shred of redemption will emerge from this national obsession, and that it will fade to make room for the more relevant topics that concern us all. Nothing could be worse than a scandal of this type or magnitude, regardless of who is right, or who is wrong. Whatever is to be learned from this will be revealed to us one day, but until then, let each of us strive to be the best that this man could have hoped for in his better days.

One thought on “No Laughing Matter”