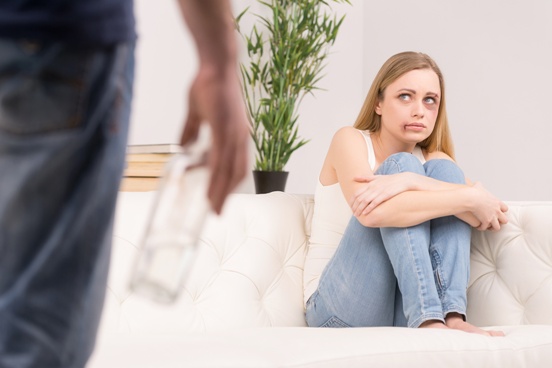 Following is a survey conducted by the Cleveland Rape Crisis Center and presented here in brief with their permission.

We must remember that in order to create change we have to be constantly on top of things. I have decided to attach a survey that was put out by the rape crisis center from Cleveland Ohio.

1. Rape is the act of forcing someone to engage in sex without their consent.

If this is true then why do you think people rape?

Our society believes a lot of Myths about sexual abuse and we must bust those ideals and set the standards.

2. Sexual violence only happens to females.

Ask what place /institution comes to mind when we hear about men sexually assaulting other men?

Why do you think this happens so much in male prisons?

Examples are that that if we believe that then we are saying that our sexuality is situational; that it’s not who we are, but where we are (i.e. thought they had a right to rob others, steal cars, break in homes, and take lives).

Did you know that 98% of men who rape other men are actually heterosexual? And that 90% of those guys have a consenting female partner on the side (a wife, girlfriend, and some female that is having sex with them)? Does that shock you?

3. Most rapes occur between two people who know each other.

Most audience members believe this is false. We understand why people think it’s false because this is what we see and hear on the news (the boogie man in the alley, the masked man behind the bushes in the park). Now we know that stranger rape does occur and don’t mean to make light of it but in reality over 80% of all rapes occur between two people who know each other: Why? Why do you think this is? Sexual Violence is a crime of opportunity. Someone gets to know someone, they put trust in them, and they let their guard down…So why do we always hear about stranger rape? Its fear and that is what sells in our society. The media tells women to put car keys between their fingers while exiting the mall, plaza, walking down a street. They tell women to look in the back seats of their cars before entering. But in reality women are more likely to be sexually assaulted by someone they know, trusts and/or love. Did you know that in the United States every 2 minutes someone somewhere is sexually assaulted? Did you know that rape is by far the most under-reported major crime in this country? So why? Why don’t WOMEN report being raped? Fear of retaliation, the number one reason is FEAR OF NOT BEING BELIEVED, guilt, shame, embarrassment, self-blame and for male survivors of rape it’s an even lower reporting rate. Why? Masculinity, Pride, etc. But in reality 1 in 4 females and 1 in 6 males with bee/attempted to be sexually assaulted before the age of 18.

4. A person cannot give consent under the influence of drugs and/or alcohol.

Do people make the best decisions while under the influence?

Do you think it would be harder for someone to give real, actual consent to a sexual act if they were under the influence?

5. Rape is an act of uncontrolled sexual desire.

This is another myth that many still believe. Rape is not an act of uncontrolled sexual desire. It’s about a very controllable desire for power. This shows us that in most cases men ARE NOT sociopaths, not crazy, not mentally ill.

6. Making demeaning comments and/or telling sexual jokes about someone is a form of sexual violence.

What form of sexual violence is this

S/H includes, but is not limited to, unwelcome sexual advances, request for sexual favors, and other verbal, visual, or physical conduct of a sexual nature.

In all cases, the recipient of the sexual attention determines if the acts are unwelcome. The degree to which the behavior can be deemed harassment is subjective and can vary from individual to individual.

This also takes place in the media and in such mediums that plant the seed of sexual violence.

We will get to the definition in just a moment with #9.

8. Sexual abuse within family is rarely discussed between family members.

Why don’t families talk about abuse?

Afraid no one will believe them.

If a perpetrator is bringing home the paycheck, providing food, clothing and shelter mom is afraid of ending up on the streets.

Threatened: If you tell anyone about this I will make it worse, will hurt your mom, you’ll never see her again.

Sometimes they are being bribed, some adult survivors of childhood sexual abuse say that the abuse began so early that they didn’t know it was wrong

Grooming. Perpetrators are smart. Some groom children to get them to believe that what they are doing to them is love, creating trust.

CHILDREN don’t lie when it comes to sexual abuse. They don’t have the language to make this up.

9. It is rape if someone puts his/her fingers inside a women’s vagina against her will.

Rape is forced penetration upon another person without consent, by force, or by threat of force, or when he/she is physically or mentally unable to give consent. Forced penetration of the vagina, anus, and any/all forms of forced oral sex however slight the penetration can count as rape does not have to be with the penis any body part or foreign object by force or threat of force doesn’t need to by physical force. Physically/Mentally unable to give consent

Includes: under the influence of alcohol, drugs, medications that would impair a person’s ability to think clearly, disabilities, asleep and when a person is too young to give consent In Ohio, you cannot legally give consent under the age of 13

10. Most rapes occur in an alley or in the woods.

Now that we know that most rapes occur between two people who know each other, where do you think the top two places would be?

11. A woman cannot be raped by her husband or boyfriend.

What is another term for this, when a man is physically abusing his wife?

12. It is important to report sexual violence even if you don’t want to prosecute.

To stop it from happening to others. So you can get treated, tested, receive support. To make a report. Each state has what is called a statute of limitations. http://legal-dictionary.thefreedictionary.com/Statute+of+Limitations

13. Nationally less than 2% of rapists ever do any time in jail.

2 main reasons for this, what are they?

It’s the most underreported major crime.

It’s the only major crime that’s so hard to prove.

Sexual Assault – Explain how a woman’s body is now the crime scene and anything she does to it before the hospital exam will wash/wipe any the evidence.

Even if she goes directly to a hospital, they collect the evidence, still very hard to prove.

Prosecutor states that he sexually assaulted her, they show all the evidence, DNA, etc.

Defense attorney states that this client did not rape her, that they have his DNA, etc because they had “consensual” sex.

It’s hard to get a rape conviction.

This is why we tell survivors who walk in our doors that they will never find ALL their healing in the justice system alone.

Our advocates will go to court with them, support them, but it’s hard to get a rape conviction.

15. One in 15 women will be a survivor of acquaintance rape.

One in four in the US

16. Immediately after a rape, the survivor is always hysterical.

People react differently to trauma. You cannot tell if someone has been involved in traumatic event just by their reactions.

Rape survivors report a wide range of emotions after they are assaulted.

Some are hysterical, screaming, crying, some are in shock and disbelief.

And this is OKAY because we ALL react differently to trauma

17. If a person is engaging in “risky behaviors” it is their fault if they are sexually assaulted.

If you go out and break curfew with your family what is the natural consequence?

If a person consumes too much alcohol in one evening what is the natural consequence the following morning?

Rape and Sexual Assault should never be the consequence to a person’s behavior.

One thought on “Myths about Sexual Violence”