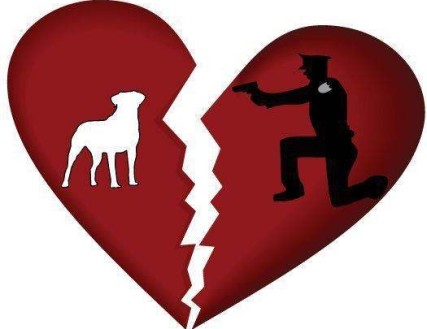 I was filled with emotion knowing that what we fought so hard to achieve has materialize. I remember when I was waiting for Commander Phelps, I was thinking what I was going to tell him to convince him and the sheriff that this training was actually needed.

It would give officers a jump start on training for the field when they are just coming out of the academy. 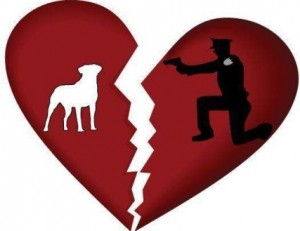 The training took like 1 hour and 30 minutes; it was vital information to keep an officer safe when they approach a residence where they may have a dog on the property, where an officer can look for signs as they approach – assuring that a training – 8 hours long, and that the officers forget half of the information, whereas a lesser amount of vital information that would keep them safe, the dog safe, and the community safe would be more conducive.
Reno started the class with the video of Star, the pit bull that was protecting the homeless man that was having a medical bout in New York City and the cop shot the dog.

The dog had surgery on his eye and then rehabilitated and adopted out to a good home with his name changed to help with the family privacy. The dog to date is doing just fine.

Training covered posture signs and the one sign of a dangerous dog that would attack, along with bite inhibition – soft playful bite, which dogs use to play and interact.

Reno covered what officers can use before turning to lethal action from tools they have on them, like a baton used to prevent a bite, a bite stick, pepper spray – or citronella spray that would work better as they use them in bark collars, which really are not recommended to use them to stop a dog from barking; but anything that can be used non-lethally so they don’t have to shoot the dog.

NOTE: The dog at risk of lethal force being used on is an attack- or dangerous dog that is going to latch on to an officer or has already locked jaws on the officer. The stress is on preventing lethal force.

NOTE: Picture yourself walking your dog and another dog attacks you or your dog; what are you going to do? I already had that experience and came out fine without any of the dogs or myself being hurt; but I would have had to protect myself and my dog if the outcome was different.

So, we all know we will do what’s necessary to stop the attack and protect ourselves, and this is where our appropriate actions can keep us safe and our dogs safe.

Reno covered what to do and what not to do when coming into the presence of a dog. Simple things we all know: don’t 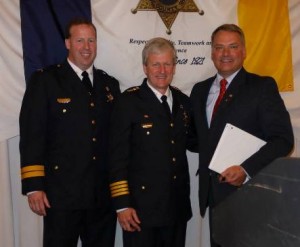 stare in their eyes; don’t show teeth like smiling cause it’s a threat; one can turn to the side making them less of a threat.
He showed a video in which an officer approaches a house with its door slightly opened, and a big trash can with wheels is seen near the house; the officer hears a dog in the distance and the barking gets louder, which gives the sign that a dog is getting closer; yet the officer ignores this sign. The dog comes out and attacks the officer, and the officer shoots the dog.

Reno asked the class what they noticed and what could have been done. One officer said that the officer in the video should have closed the door as soon as he heard the dog barking and the dog’s bark was getting louder. He then told Reno he could have used the trash bin on wheels to keep the dog at bay while the owner came out immediately.
Every situation is different for an officer in that position and has to make a split-second decision on what o do; it takes the right decision to neutralize the threat.

Reno stated that a drug task force has already implemented the use of a fire extinguisher in a drug raid in order NOT to shoot a dog and this would be the most dangerous scenario because the dog is protecting its space.
After the class, Trudy and I sat with Reno for 45 minutes, discussing what he covered, and added some concerns.

Reno emphasized the liabilities as well when officers take such a training and they don’t take what they learned; and there happens to be witnesses or someone with a video camera taping the incident where they will be open to liabilities, as has happened to some officers and departments in law suits. He ended with Victoria Stilwell’s video on what not to do when encountering a unfamiliar dog.