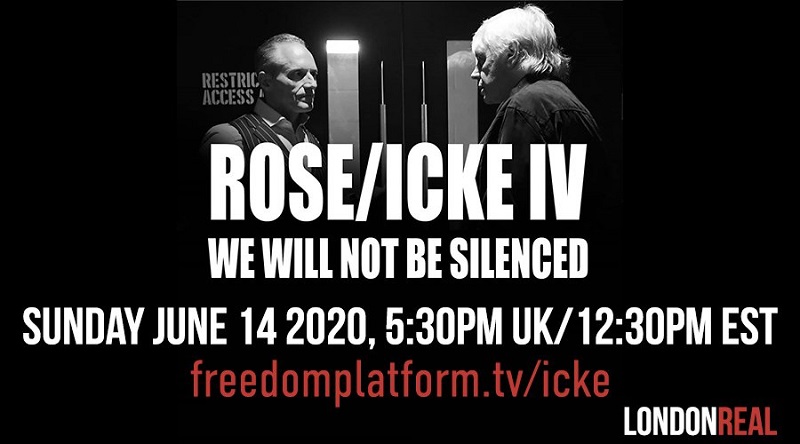 Since his eye-opening interview that threw the leftist globalist establishment in a panic in April, leading to a ban on his appearance on leftist propaganda media and social media platforms, both free speech icon David Icke and free speech channel London Real have only gotten stronger and more determined. David will be back on the channel on Sunday, June 14, 2020.

David’s website announced that he will appear on London Real again on Sunday at 5:30 pm (UK time), which is 12:30 pm Eastern Time in the United States.

Since his bombshell April interview on London Real in which he exposed and questioned the coronavirus (COVID 19) hoax perpetrated by the leftist establishment, David made another appearance on the channel last month. His video interview with channel host Brian Rose is posted below.