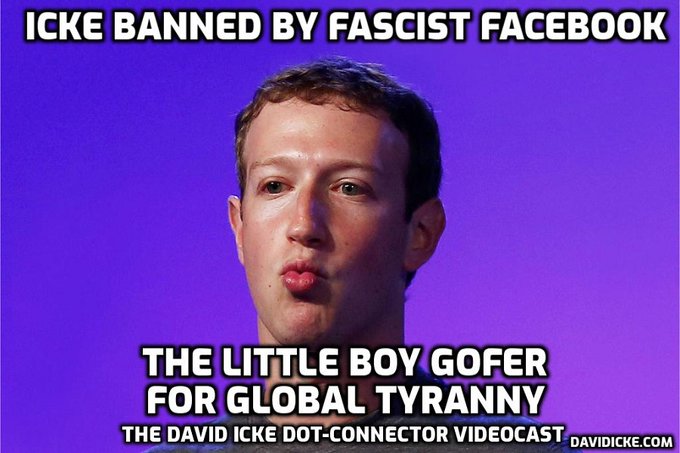 Leftist-run social media site Facebook has banned author, speaker, investigative journalist, and independent commentator David Icke in the wake of his extremely popular video interview that challenged the globalist establishment’s narrative on the so-called “COVID 19 pandemic”. The interview caused panic among the establishment globalist media and authorities and they rushed to censor Icke as well as London Real channel that interviewed him.

The leftist globalist propaganda mobs—which include most of the popular media outlets of the day—already had labeled Icke as a “conspiracy theorist” in an effort to discredit his views. Now they are celebrating the removal of Icke’s Facebook page by echoing the same term for Icke, an act showing how they are scared of those who expose their lies and manipulation of the masses via organized campaigns of misinformation.

Meanwhile, David Icke responded to his ban by Facebook in a video interview posted under the title Icke Banned By Fascist Facebook. His interview video is included below.

Despite censorship by leftist propaganda cartels, Icke enjoys immense popularity on free speech news and social media sites, including his own popular website.