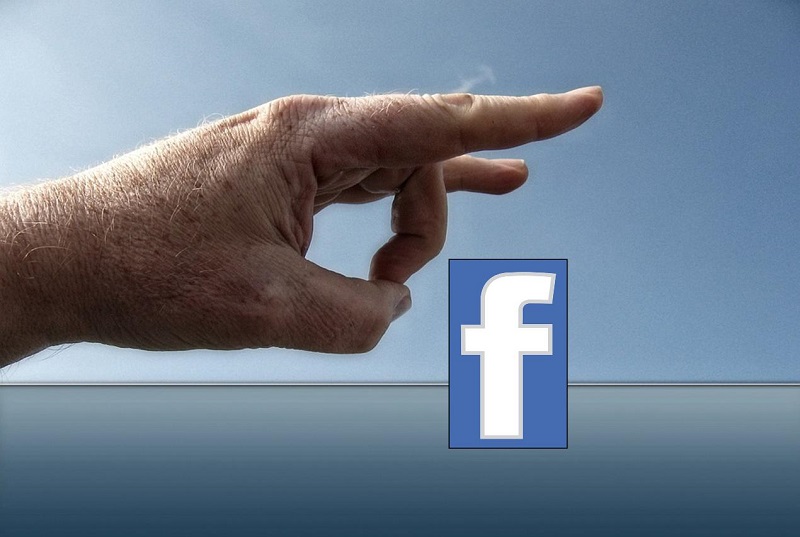 I finally got a moment to get rid of you and although I have no words to express the joy of not having your crap in my life anymore, I do want to remind you that this act of walking out on you gets us even.

Remember in 2018 when I won’t shut up about the lies of Dr. Fraud – the Justice Kavanaugh accuser – and you suddenly decided that my account was suspicious and locked me out of it, saying I needed to verify my ID. That time, I didn’t give a damn about you because I had been planning to leave you ever since you started censoring conservatives in the wake of President Trump’s victory in 2016. Owing to my laziness and the thought of saving messages and my data, I continue delaying my departure until you kicked me out because I was defending Justice Kavanaugh.

Well, you surely knew that I had no plans to return until 2 years later when a shift in my wok situation required me to return to share work-related links using a business account of the employer. I had thought I wouldn’t be talking politics this time. But it sucks to be present somewhere without any voice. So again I started doing it, though with a much smaller audience this time since I had no interest in making connections using your platform.

Now you are up to your shenanigans again and are telling me that I need to enable this Protect status offered by you or you’ll lock me out. Like you seriously still think I give even a flying F*** about you? Your lie of an excuse is that my account has “the potential to reach a lot of people” so you require me to use the Protect feature in order to “defend accounts like yours.” That’s dumber than even your mumbling idiot Joe Biden. It sounds like that odd-looking creature Mark Zuckerberg himself wrote this notification or maybe his Chinese communist wife – the one he met at some “fart party.” 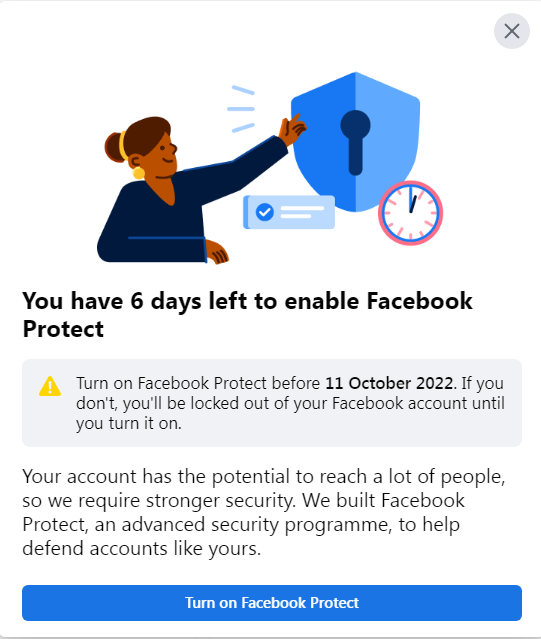 Whoever is behind this dumbness, the fact remains that you have been exposed as an anti-American criminal enterprise that has paid huge sums of money to rig elections and censor the true patriotic Americans and conservatives from other countries that have questioned your hideous agenda. You have colluded with the three-lettered agencies to take American people’s freedom away, notably their most prized one – the freedom of speech. And America knows your reality and the world has seen it too by now. Just weeks ago, the odd-looking creature lost half of his fortune because your company is going down. It’s the Titanic of the social media world and the more members become aware of your imminent demise, the sooner they’ll leave and the sooner you’ll be laid to rest.

Meanwhile there are many good free-speech platforms that are thriving because people are leaving you and other crappy sites like yours and are joining those better options. So before my 6 days of your deadline expire, I am showing you the middle finger and leaving you for good. And this time, I am raising my standards for employment. If an employer requires me to join you, he/she is not eligible to hire my talent.

So leaving you here in all your stench for a better healthier and happier online life, I wanna say the final goodbye and good riddance. You’re dismissed!