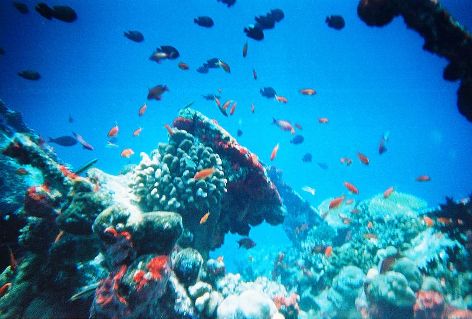 The earth’s oceans cover more than 70 percent of the planet’s surface, but their depths remain relatively unknown. Some environmental groups would prefer to keep it that way, but beneath the waves, there are wonders to be discovered and plentiful resources that can be used to improve peoples’ lives. Technology continues to improve, making exploration, research, and commercial pursuits, such as mining, easier while protecting the oceans’ ecosystems from damage.

The ocean is full of wonders, such as the black smokers, which are structures deep under the ocean that emit boiling hot water as well as a soup of minerals and metals like copper, manganese, nickel, and gold. Scientific exploration and research, farms, fisheries, mineral and energy exploration will continue to expand, so it is important for governments, research institutions, and corporations to find common ground and minimize the impact on the oceans.

Chinese researchers have developed a plan to construct what they call underwater space stations. These deep-sea facilities would use the latest technology to maintain a habitable environment for people to live and work. The basic design would be modified for different purposes including observation, power generation, and managing mine resources.

Organizations like the Deep Ocean Stewardship Initiative are helping to “…advise on ecosystem-based management of resources used in the deep ocean…” Polluting the oceans is a legitimate concern and inevitably accidents will happen. Research and development have helped push cutting-edge technologies to the marketplace where companies and entrepreneurs can use them to advance responsible technology and open up some of the possibilities offered by the oceans.

A nineteen year-old Dutch teenager has created a system to help clean up the oceans. It is a system of floating booms and floating processing platforms that can suck up floating trash. Technology is also being put to use in the fishing industry, with research on environmentally friendly bottom trawls. Trawling with giant nets has long been a focus of environmental groups as one of the culprits of overfishing. Improved trawlers, however, are designed to capture the target fish with less trapping of endangered species like dolphins.

The National Oceanic and Atmospheric Administration is making important progress with its acoustic monitoring project. Acoustic monitoring is one of the “…most effective means of exploring a wide range of natural phenomena over large regions of the global ocean.” The study of seismic waves caused by movements under the ocean is a growing area of research that can give clues about the ever-changing ocean floor and can help with resource exploration projects.

Japanese companies, among others, are researching ways to responsibly extract deep-sea methane hydrates, or “flammable ice,” from the depths. These solid deposits of natural gas, a cleaner fuel than oil, could help countries ease their dependence on oil in the near future. This and many other projects offer the promise of cleaner energy that can be extracted with minimal harm on the environment and can help open the ocean to even more exploration that can benefit the world above the ocean.

Charity Bailey is a current Environmental Studies major and friend of the environment. If you’re a sea-based company looking for offshore accommodations, Charity recommends you click here.