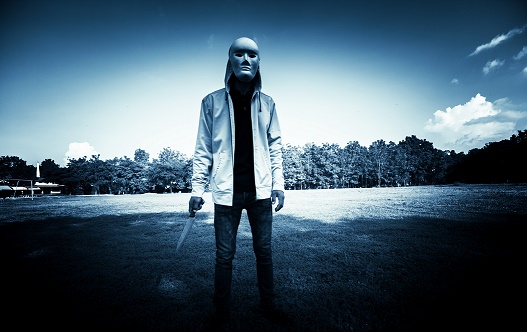 Pranks and practical jokes have been around since the beginning of time, yet reality television is a far more recent concept that began in the late 1940s. Over time, as these reality shows started drawing more viewers, so did the drive to push the limits as to what perhaps should or shouldn’t be allowed and even more important, what is legal.

According to the 7th Edition of “Nolo’s Encyclopedia of Everyday Law” by Shae Irving, “Theere’s no clear point at which teasing becomes illegal harassment.” “The same federal laws that protect employees from discrimination also prohibit harassment.” “Courts and the Equal Employment Opportunity Commission (EECO), the federal laws prohibiting harassment, have said one or two isolated jokes don’t constitute harassment.” However, repeated and offensive jokes would.

Also according to the law, someone doesn’t have to ask someone else for permission to film them as long as it is in a public place, such as a park, public sidewalk, mall, or any kind of shopping area, tourist attraction, or recreational setting. Such settings are deemed as “no expectation of privacy areas”.

Health Concerns of Those Involved

Most or all circumstances related to reality show pranking involve several insurance laws.

Since most of the participants are real people, not hired, they would not be covered by “workman’s compensation” if an injury was to occur, thus opening the door to lawsuits. Generally, all reality show pranks are able to be insured. All networks require “indemnification” from the produces, and more and more networks also will require a producer(s) to carry their own insurance, to protect themselves at all times from possible lawsuits.

Situations that effect someone’s health where someone has a heart attack or even worse are mostly done by very amateur pranksters where there may be a personal connection.

If someone were to have a heart attack due to a prank, the pranksters would then be liable. It would fall under both tort and criminal law. Depending on the situation it would most likely fall under a tort known as the “eggshell skull rule”. An eggshell skull rule is a principle of torts law that a defendant is liable for a plaintiff’s unforeseeable and uncommon reactions to the defendant’s negligent or intentional act. This “eggshell skull” rule makes the “tortfeasor” or a person who commits a tort take his or her victim as they find them.

If a “tortfeasor” inflicts a graver loss on his or her victim than one would have expected because the victim had some pre-existing vulnerability, that is the tortfeasor’s misfortune, the defendant would take the victim as they would find them. According to the case law otherwise known as (Schmude v. Tricam Indus., 556 F.3d 624, 628) and (Stoleson v. United States, 708 F.2d 1217)

In calculating damages in an eggshell skull case, the trier of the fact must make an adjustment for the possibility that the preexisting condition would have been no tort. The tortfeasor may be excused from liability where the claim of damages is so remote and so out of proportion to the culpability of the tortfeasor that, as a matter of public policy, the trial court may conclude that the defendants are not to be held liable for this element of damages.

This would also apply to circumstances if the pranksters were possibly to get punched. Sometimes it would depend on the states or region you live in; if standard self-defense laws would or wouldn’t apply depends on the facts found that would be related to the details of the prank, as well as the area, lighting, setting, instruments used, or even disguises used and so on.

Negative Responses of those Involved in the Prank

With circumstances that would involve the unfortunate death or injury of someone, this would result definitely in criminal charges as well as civil lawsuits being filed.

In the middle of 2001 in a pre-9/11 world, the show “Candid Camera” has such as case that resulted in the injuries of someone in Zelnick v. Candid Camera.

In June 2001, a phony airport scanner instructed a man to climb atop an authentic-looking, x-ray scanner. Reluctantly the man complied, but only with the request of the “security officer” that worked with the “Candid Camera” film crew. Thus, the man claimed he incurred bruises and bleeding after becoming stuck in the scanner.

According to legal documents, his thigh was pinched in the machine, forming a red, fist-sized “raspberry”. His leg was also punctured by a pen inside his pocket; this resulted in him having anxiety, distress, and humiliation. The jury ruled that “Candid Camera” was liable for negligence, false imprisonment, and intentional misrepresentation, but was cleared from having charges of battery and intentional infliction of emotional distress. The jury awarded Zelnick a total of $300,000 in punitive damages, and the show was ordered to pay an additional $150,000.

Also in 2014, in the city of Little Rock Arkansas, a prank gone wrong resulted in the death of a 15-year old girl who was shot dead while another teenager was injured in the prank. A group of teenagers had thrown toilet paper, eggs, and mayonnaise on a park car near a house. As they were leaving, a man came out of the house and opened fire. One teenager, the 15-year old girl was shot in the head and died and another suffered injuries to his right arm; he was later treated at a hospital and later released. Police identified the man as 48-year old Willie Noble. He was charged with one count of first degree murder, one count of a terroristic act, and five counts of aggravated assault. During trial, in 2015 a jury later found Willie Noble guilty of first degree murder in the death of the teenage girl.

These stories are always difficult to hear, but necessary to discuss in finding what is right.