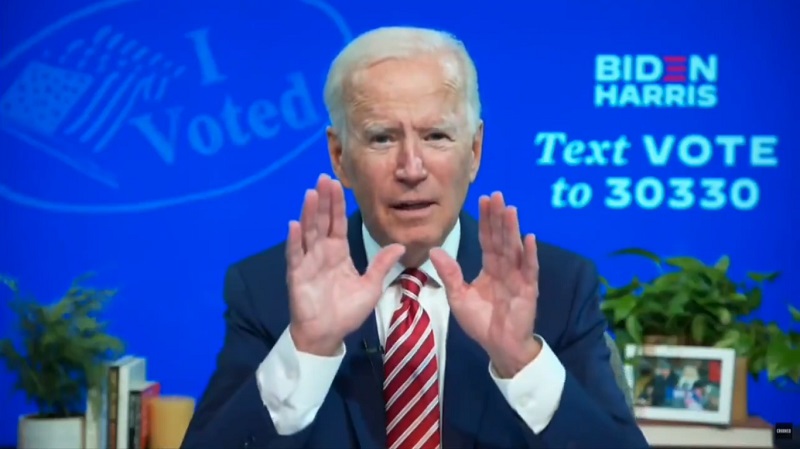 At a time when the conservatives in America are expressing concerns over the mail-in voter fraud issue, which has been reported from multiple states, Democrat presidential candidate Jo Biden has been caught on video saying they have an extensive “voter fraud organization”.

The twitter thread of the video has been shared thousands of times on Twitter so far. It’s included below.

Joe Biden brags about having “the most extensive and inclusive VOTER FRAUD organization in the history of American politics” pic.twitter.com/PfkqrFXu7i

In the video, Biden is seen struggling with completing his sentence about putting together “the most extensive and inclusive voter fraud organization in the history of American politics”. Biden’s fragile state of mental health is no secret even though the mainstream media covers up for him by ignoring his gaffes and statements of self-contradiction.

During the final presidential debate on Thursday, Biden made the bizarre claim that America had a good relationship with Hitler before Hitler invaded other European countries. He also denied that he has said he would ban fracking when video clips of him saying that on different occasions already have been making rounds on Twitter and other social media sites.

Brut Media posted a video of Biden’s gaffes including his emphatic “we choose truth over facts” slip up.

Biden’s running mate Senator Kamala Harris of California, who is running for Vice President, also follows Biden in gaffes and self-contradiction. On Thursday, she was seen in a video clip talking to the public and saying that 220 million Americans died just in the last several months.