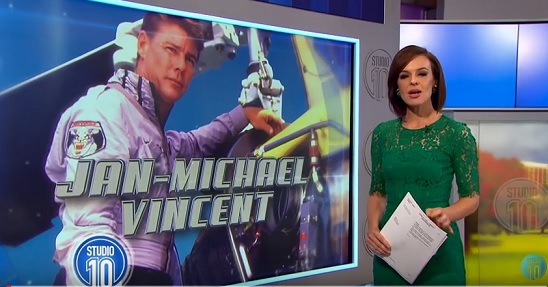 On Independence Day, I would like to write very briefly about Jan-Michael Vincent. That’s because JMV, at one time in my life, WAS America to me and many others who watched Airwolf in their childhood.

JMV was – excuse me, IS – my hero, and the image of American warrior against the bad guys. Only later, after the arrival of the Internet, would I learn about his rough life—drugs, accidents, and legal issues. Like every Hollywood star his decline did come and came in full force.

Celebrities are in news long as they are on screen and look hot, exciting, and blooming. For big stars as JMV, and others like him, decline brings obscurity. JMV doesn’t make news frequently, not now, let alone get roles or praise in mainstream media. Thanks to Australian Studio 10, an updated report on JMV including clips of his interview are now available on YouTube.

Some heros just don’t die. For me, JMV remains the Stringfellow Hawke of Airwolf fame.