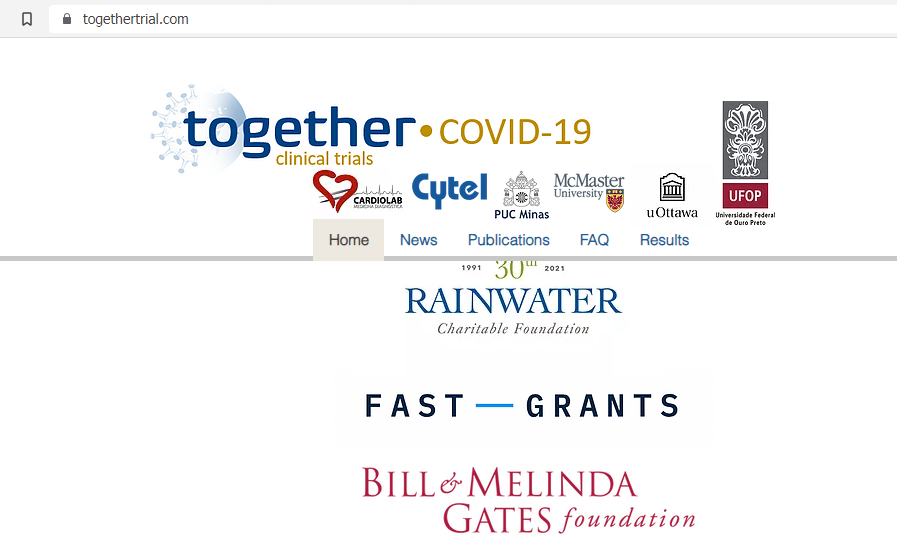 The Los Angeles Times recently published a story claiming that a major study found that Ivermectin is not effective in treating COVID 19. The story was featured in the popular propaganda platform Yahoo. So who paid for this so-called research?

Fist, the study is not a published scientific study at least it wasn’t at the time of the publication of LA Times story. It was a presentation given by Edward Mills of McMaster University, Canada, on August 6 in a symposium. The title of the presentation was “Early Treatment of COVID-19 with Repurposed Therapies: The TOGETHER Adaptive Platform Trial” and its vimeo video was included with the presentation page on rethinkingclinicaltrials.org.

In the presentation, as reported by LA Times, Mills made unsupported claims about having no effect on COVID 19 disease. Citing figures from controversial sources that have been put to question for credibility, Mills made the conclusion in his claim that Ivermectin is not useful in treating COVID 19. As the LA Times acknowledges, the study trial results have not been published as a peer-reviewed study in any scientific journal. But more interesting and important is learning who funded this analysis? To no one’s surprise, it’s Bill Gates again.

The TogetherTrial website, of which this study is a part, shows its source of funding. And of the three sources displayed there, one is the Bill and Melinda Gates Foundation.

When you visit the First Grants online, the website is literally a single page with some major donors’ names listed (see the screenshot below). 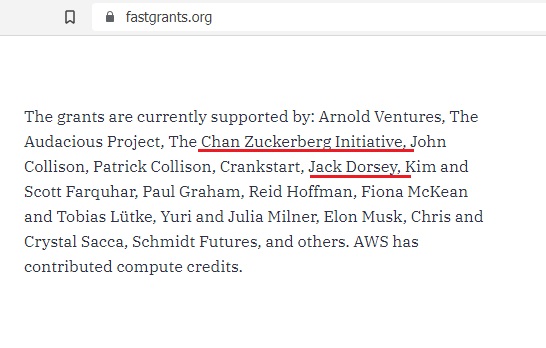 Two names on the donor list instantly stand out to the eye: Chan Zuckerberg Initiative and Jack Dorsey. In other words, the leftist big fish Facebook and Twitter are behind this research funding scheme.

When a leftist propaganda rag like the Los Angeles Times sells scientific research, chances are it’s the bought-and-paid-for-science that is always linked to a corrupt and morally bankrupt criminal who operates above the law. In this case, it’s Bill Gates, Zuckerberg, and Dorsey; in others, it is someone like or linked to them or their cabal.