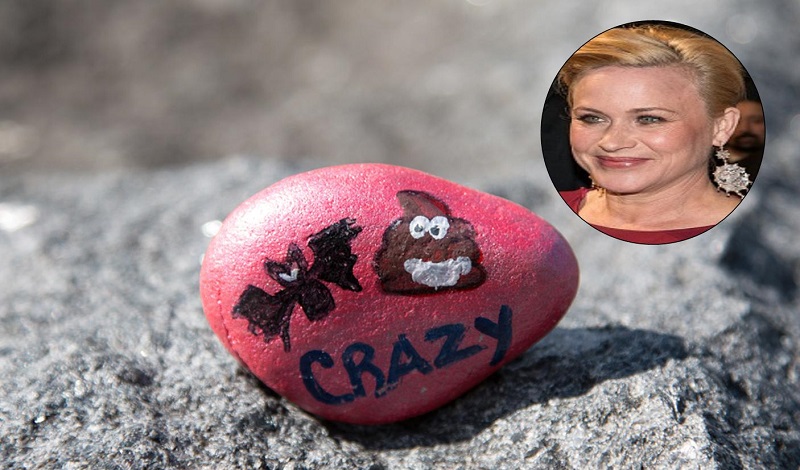 Many Hollywood celebrities, especially those over-the-hill ones, have exposed themselves as mindless idiots with their anti-American political activism. Here’s a special one from that tribe: the fairly well-known Patricia Arquette.

The 51-year-old petite movie star (height just an inch over 5 feet) used her Instagram account to encourage Americans to participate in an “economic shutdown” by abstaining from buying anything on Monday, March 2nd, 2020. BreitBart posted her instagram post in which she asks people to not spend money on anything on March 2nd, using the hash tag #Shutitdown. 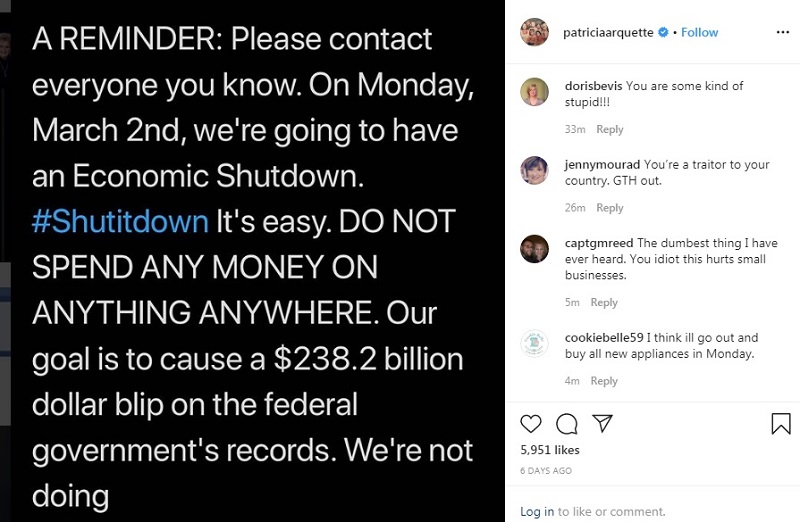 Arquette says that her goal is to cause a “$238.2 billion dollar blip” on the economic record of the Trump admin. Now does she seriously believe it is an attack on Trump? Or maybe she can hire a working brain and see that she is just asking for a one day loss to businesses running in the country.

The conservative/pro-American response to Patricia Arquette on social media and Instagram was instant and direct. She was bashed for her stupidity. One Instagram user wrote to her:

“The dumbest thing I have ever heard. You idiot this hurts small businesses.”

Another was even more direct:

The backlash is justified and due as her call for boycott is not against Trump but American businesses and people. But beneath her non-nonsense activism is most probably the desperation to be important again. After all she has never been such an A-lister in Hollywood as Jodie Foster, Nicole Kidman, or Sigourney Weaver.

And oh, yes, Patricia Arquette is short. You could even check her in as your personal item on a plane. And that makes more sense than what she has been uttering lately.