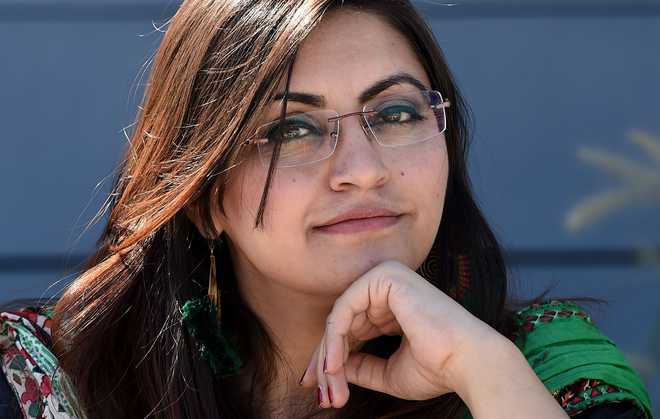 The news of Pakistani human rights advocate Gulalai Ismail escaping out of Pakistan after spending months in hiding as a fugitive from the authorities has attracted attention worldwide.

The Pashtu language service of the Voice of America (VOA) – whose website remains blocked in Pakistan since December last year – interviewed Gulalai upon her arrival in Washington DC post-fleeing Pakistan.

The video interview has been uploaded to YouTube by a channel called The Pashtun Media. In the interview, Gulalai tells that Pakistan’s agencies were on a mission to hunt her down and kill her. She tells that the United Nations wrote a letter to Pakistan expressing their concern over her persecution by the state and in response, the authorities told the UN that she was a terrorist and responsible for killing 15 soldiers in Waziristan. She told that Pakistani authorities also lied to the UN saying that she had been arrested and was under trial.

In the interview, Gulalai Ismail details the ordeal of persecution at the hands of Pakistan’s military, including her unlawful abduction, to first try to silence her one way or other. She added that after failing to arrest her, the state filed a criminal case against both her parents, accusing them of terrorism, to get even with her.

The Guardian and many other international news outlets have published stories on Gulalai Ismail’s escape to the United States. The reporting tells that she became a target of the Pakistani military after she publicly spoke of their alleged sexual abuse and abduction of the locals in Waziristan.