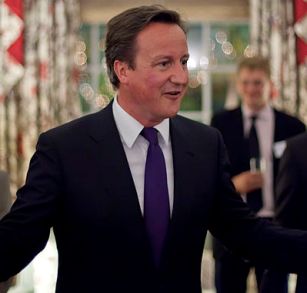 In an email message to members and subscribers, Greenpeace wrote: “David Cameron has failed to convince people that fracking is safe. So now he’s trying to take away our legal rights to oppose it.”

With this message, Greenpeace alerts its members and supporters that media are reporting news of UK ministers changing the country’s trespass laws so as to allow oil companies to drill without permission.

“The movement to stop fracking is working, maybe that’s why Cameron is going to these lengths!” reads the message from Greenpeace. The online petition launched to demand end of fracking in UK has received over 165K signatures in support while the petition is aiming at 200K signatures.

The petition can be signed online here.