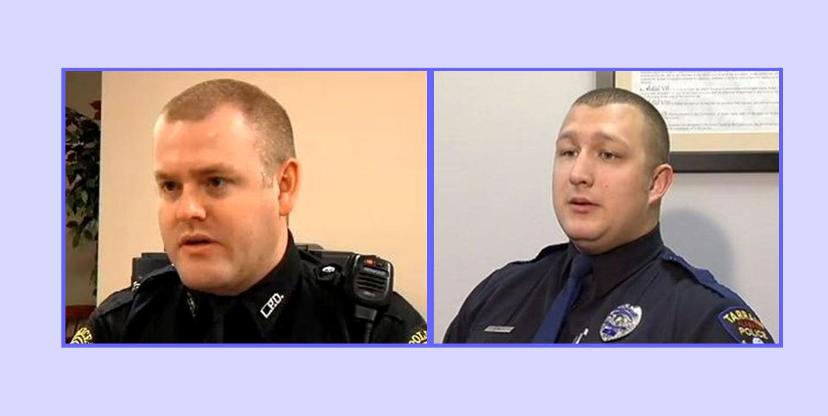 Last year’s uproar in MO and then NY surrounding the allegedly racist violence of police against people of color sparked heated discussions nationwide. But is police generally really racist and violent?

Well, there are some bad guys everywhere, in every institution. But the good that cops do to help people provides evidence counter to the perception of having a bad, insensitive police everywhere.  In an act of kindness, a police officer went out of his way to help a Kentucky shoplifter buy food for his baby.

Last month The Officer, Justin Roby, of London Police Department, responded to a call about shoplifting at a Kroger store. On arriving at the store and learning that the man had stolen baby formula to feed his 6-month-old son because he was too poor to buy the food, Officer Roby bought him more than one can of the same formula. He also advised the man where to seek help with food when needed.

The story is an inspiration and Officer Roby’s words “Behind the uniform, I’m a human being… I’m a father just like that gentleman was” instantiate the essence of a hero. And while many were inspired and lauded Office Roby’s story, there was a comment on Huffington Post page of the story saying that had the shoplifter been a black man, he would have been in handcuffs. Isn’t that kind of racist paranoia felt by many who believe that a white policeman would discriminate against black suspects or subjects?

The comment was well answered by another reader who posted the link to a YouTube video showing the story of a white police officer helping a black woman in Tarrant, AL, in December last year. The woman needed to feed children of her family and had been caught shoplifting at Dollar General, but instead of arresting her, Officer William Stacy bought her the eggs to let her feed her hungry children. Not only that, but the officer with his colleagues went to her house to give her the food they received in donations for her after the story was featured on media. Whatever happened to the racism in this case?

So should we think of these as isolated incidents? Probably not. There have been a number of stories like these before and reported on local news channels or in local papers. And if these are isolated incidents, why can’t those shooting incidents be regarded as isolated incidents that triggered the protests in MO and NY? Other things aside, it’s a lot about media. They can turn monsters into angels and angels into devils to get more views and stir emotion. So one thing to watch for always is media’s bias and the headlines.