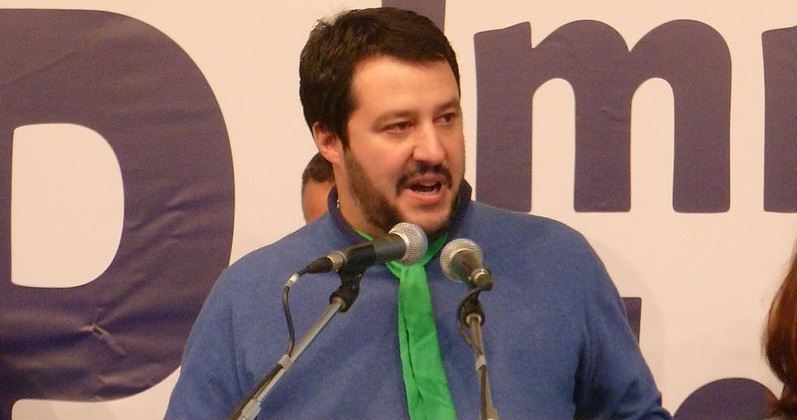 Matteo Salvini, former interior minister of Italy, has been targeted by the country’s senate that voted Wednesday to end his immunity against prosecution so that he can be put on trial for protecting Italy’s borders against the invasion of illegal aliens.

The establishment working with European Union (EU) and international globalist cartels hate and are scared of Slavini because of his integrity, patriotism, and the courage to stand up to the leftist establishment headed by the EU. During his term as Italy’s deputy prime minister and interior minister, Salvini took key measures to keep Illegal “migrants” out of Italy. He was hopeful of becoming the country’s prime minister and as a senator still looks forward to it.

However the trial following the loss of immunity is particularly aimed at stopping him from stepping up to power and resume the strict anti-invasion policy that the globalist EU and their puppets in Italy are desperate to continue.

ANSA cited Salvini repeating the popular quote from Ezra Pound: “If a man is not willing to fight for his ideas, either his ideas are worth nothing, or he is worth nothing”. Such is the brave spirit of this Italian hero.